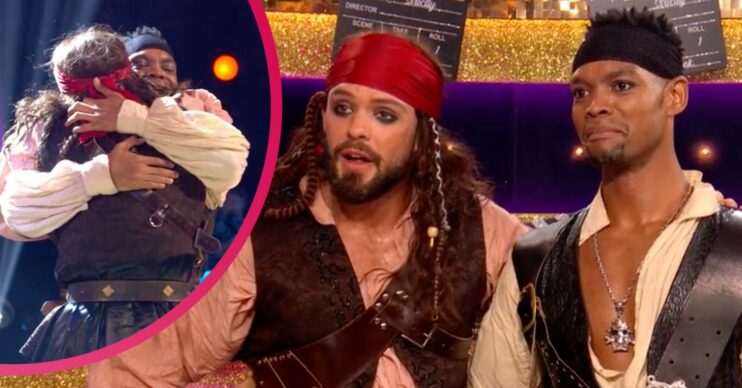 So much praise for their "magnetic" movement together

And as social media became flooded by compliments for the pair’s efforts, many claimed John is so good there is little to separate him from the pros.

Head judge Shirley Ballas was among those to acknowledge John and Johannes’ continued improvement.

She thanked them for listening to her direction last week. And Johannes nodded as if to indicate he had taken her words on board for his choreography.

But Shirley also made mention of how John and Johannes move together, hailing their “magnetic” skills.

And she wasn’t the only senior Strictly figure to be impressed. Ex pro James Jordan also noted how it was difficult to pick the amateur dancer out following their “epic” efforts.

James tweeted his glowing assessment out to his followers and admitted John’s ability is way beyond expectations.

“Clearly the best dance of the evening.

Johannes and John….which one is even the professional?!?

“To be honest at times it looked like two pros dancing with each other and I never say that!

“For me this was epic! It had everything. The music – costume – choreography – production. Everything.”

Clearly the best dance of the evening.
To be honest at times it looked like 2 pros dancing with each other AND I NEVER SAY THAT!

For me this was epic! It had everything

The music – costume – choreography – production EVERYTHING

How other fans reacted

Many others watching at home made similar statements about the quality of John and Johannes’ performances.

“They are a powerful duo! That was like watching a proper stage performance, hard to differentiate pro from celeb! #StrictlyComeDancing #strictly #Strictly2021.”

Another Twitter user wrote: “Catching up with Strictly. I loved the pro dance but the dance of the night was Johannes and John.

And someone else posed: “Johannes and John….which one is even the professional?!? Ah-may-zing dahling! #Strictly.”