And former favourite reveals who he wants to win...

Not only has Debbie McGee turned in some jaw-dropping performances during this series of Strictly – she’s been endearingly modest about it, too.

The 59-year-old has claimed that she’s “awful”, despite waltzing (and tangoing and cha-cha-ing) into next weekend’s semi-finals.

But not everyone is convinced by Debbie’s self-deprecation, with one former contestant in particular reckoning she’s much better than she makes out.

Prior to the quarter-finals, when she and pro partner Giovanni Pernice performed an American Smooth to Memory from Cats, Debbie hit back at critics who said she has an unfair advantage because she had ballet training when she was younger.

She told the MailOnline: “I haven’t done that for over 30 years. What people keep saying is I make it look so easy. They don’t realise how awful I am on Monday and the progress I make between a Monday and a Saturday.”

However, Debbie’s claims that she’s “awful” when learning a new routine have been scotched by Aston Merrygold, who was the bookies’ favourite to win the show before being sensationally voted off in week six.

But even though Aston admitted he would put a “cheeky bet” on Debbie, there’s someone else he would really like to win the show.

He revealed: “I want Alex [Burke] to win – that’s one of my old school friends. I would love Alex to win it and take the trophy.”

Meanwhile, Debbie – who was married to the late magician Paul Daniels – has (again) rubbished suggestions that she and Giovanni are more than just dance partners.

Appearing on This Morning recently alongside the Italian star, she said: “For a woman of my age, it was very flattering for people to think there might be more.

“I do have a little chuckle to myself. We have the greatest working partnership.

“We do have chemistry, we’re great mates and I think that’s more special than if there was anything else going on.” 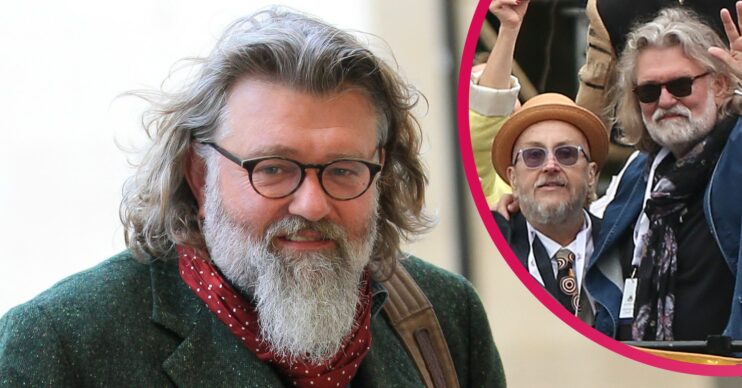