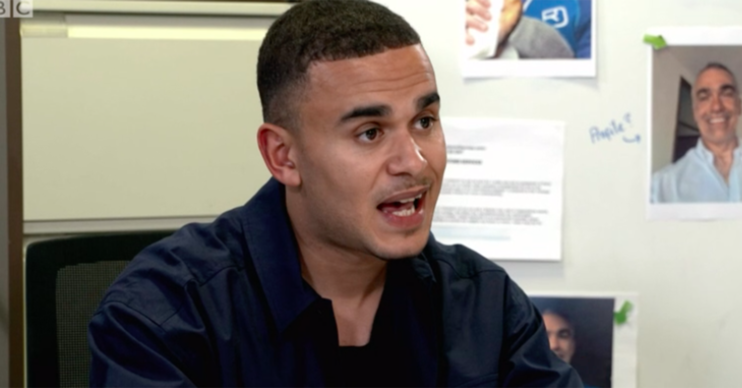 Get to know the BBC star...

Ashley John-Baptiste is a senior BBC journalist and presenter.

The star teamed up with Kym Marsh for the investigative series For Love or Money on BBC One.

This series explores various online romance scams and tries to help victims get the justice they deserve.

But just who is Ashley John-Baptiste? Was he on X Factor? And is he in a relationship?

How old is Ashley John-Baptiste?

Ashley’s date of birth doesn’t appear to be public knowledge. However, he is believed to be around 31 as of May 2021.

When was Ashley John-Baptiste on X Factor?

Ashley auditioned to be a part of X Factor shortly after he graduated Cambridge University in 2011.

Read more: Leigh-Anne Pinnock is pregnant with her first child

After a successful audition, he was placed into the boy group The Risk.

And they even made it to the live finals. However, Ashley said he had a bit of a personal crisis at the time, and quit the band while they were still competing.

While speaking to the Royal Television Society, Ashley said he quit because he feared fame.

And didn’t want to throw away his education at Cambridge.

He added: “There were a whole load of stories at that time about my faith and my background that were nonsense.

“I quit because I just didn’t feel like it was the path that would fulfil my intellectual potential.”

What has the star said about growing up in care?

He says he lived with several different foster families and also was at a children’s home for several years.

Writing for the BBC, he penned: “I truly believe that being moved around as much as some children are can cause long-term damage.

“How can you be expected to move into adulthood as a productive member of society when you’re so used to having the rug pulled from under you?

“How can you complete your studies and do well in your exams if you’re constantly on the move?”

What has Ashley John-Baptiste said about For Love or Money?

Ashley has written about how much he loved presenting For Love or Money with Kym Marsh.

Earlier this year he confirmed the second series.

Taking to Instagram at the time, he wrote: “Yes people! Series 2 of For Love Or Money will be airing from 22nd February on BBC1, weekdays at 11am.

“We’ve uncovered even more shocking cases of online romance fraud & learnt how fraudsters have used the pandemic to fuel their deceit. Here are a couple press pics. Stay tuned.”

Is he in a relationship? Does Ashley have any kids?

Ashley is married to math teacher Joanna John-Baptiste. They welcomed their first child, a daughter, during lockdown last year.

They just celebrated her first birthday.

“Getting to be her dad is the greatest privilege.”

When is the show next on?

Past episodes are available to stream on BBC iPlayer.

Ashley John-Baptiste BBC One For Love Or Money Kym Marsh