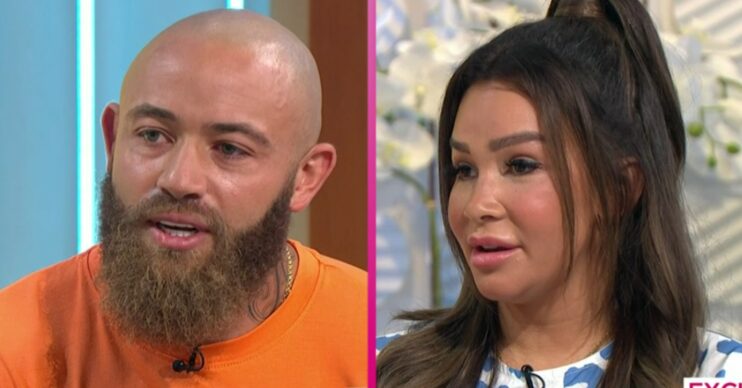 Azaylia tragically lost her battle to leukaemia in April

Ashley Cain and Safiyya Vorajee were praised by Lorraine viewers today, as they made their first TV appearance since daughter Azaylia’s death.

The couple lost their baby daughter back in April after a battle with leukemia.

Speaking to Christine Lampard on Tuesday (August 31), the pair opened up on their new charity initiative The Azaylia Foundation.

Following their daughter’s tragic passing, Ashley and Safiyya are raising awareness and funds for children suffering with leukemia.

Ashley said: “It’s a reflection to how strong and powerful and amazing our beautiful daughter was.

“We thought we had to be strong for her and give her energy, but she was the one giving it to us and giving it to people every single day.

“The money that was raised by the amazing people out there is a reflection of how strong Azaylia is.

“We want to bring that community together to really make a difference in the world.”

In addition, Safiyya added: “I really want to bring some much education to a foundation. I feel that parents and guardians need to be aware of the signs and symptoms.

“I want to bring such magical moments to children that are in such dark places.”

She continued: “The same as what we did with Azaylia every single day. We were in the most darkest place and we brought so much light and that gave us comfort.”

Lorraine viewers rushed to social media to praise the couple.

How did Lorraine viewers respond?

On Twitter, one said: “Absolutely breaking my heart listening to Ashley and Safiyya telling their story on Lorraine. I honestly wish you all the best in life, absolute hero’s.”

Another added: “Ashley and Safiyya are so strong.”

A third wrote: “Got so much respect for Ashley Cain and Safiyya.”

What an amazing couple doing a wonderful thing ❤ #Lorraine

Read More: Ashley Cain hits back at trolls as they quiz him on late daughters fundraising money

Furthermore, a fourth shared: “Such wonderful parents. Tragic situation but glad they’re able to use their voice to help others.”

Another tweeted: “So so hard to watch Ashley & Safiyya on this interview.

“The pain in their eyes is unbearable to see. Nobody should have to lose a child.”

What happened to Ashley and Safiyya’s daughter?

Azaylia was diagnosed with a rare and aggressive form of leukaemia when she was just eight weeks old.

She tragically died from the disease aged eight months in April.

Following Azaylia’s death, hundreds of people lined the streets as Ashley and Safiyya laid their baby to rest.