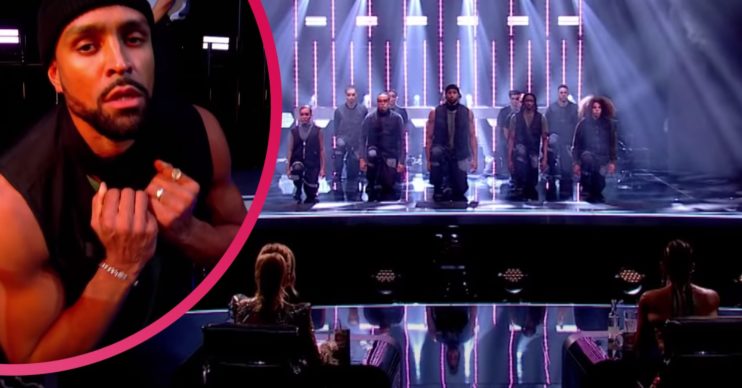 BGT has been hit by over 1,000 Ofcom complaints after Ashley Banjo and Diversity’s Black Lives Matter performance.

The dance crew stunned with a powerful routine inspired by the Black Lives Matter movement on Saturday evening (September 5).

But while many viewers were moved by the touching moment, others shunned seeing it on their TVs.

Ashley, 31, who is standing in for Simon Cowell as he recovers from back surgery, revealed yesterday (Sunday, September 6) that negative reactions had also reached him.

Read more: Katie Price gushes over son Harvey as he shows off art skills ahead of school return

However, the dancer and choreographer made it clear he wanted the dance to speak for itself.

And even though he come in for denigration from detractors, Ashley feels their messages are as important as ones that praised Diversity.

You highlight exactly what needs to change.

A spokeswoman told The Sun: “We have received a total of 1,121 complaints in relation to last Saturday’s Britain’s Got Talent, most of which related to the Diversity dance segment.

“We are assessing the complaints against our broadcasting rules, but are yet to decide whether or not to investigate.”

Ashley went on to tell The Sun’s website how important the dance had been to him and all of the members of the group.

“This performance is extremely special to me and the rest of Diversity,” he said.

Ashley continued: “2020 has been an incredible moment in history for both positive and negative reasons.

“We wanted to use the platform we’ve been given to make our voices heard, express how the events of this year have made us feel and think about how we might look back on them in the future… We call it hindsight 2020.”

Reactions on social media suggest many of those objecting to seeing Diversity’s performance felt the show was being ‘politicised’.

“So disappointed this was a political performance,” claimed one observer on Twitter. “Didn’t expect it on BGT. Not the right platform.”

Another person claimed: “I think people watch BGT for entertainment, not political agendas!”

However, many others felt tearful over the routine that made references to the death of George Floyd in the US.

One person said: “You are AMAZING – what a powerful message on BGT tonight.

A third added: “@Diversity_Tweet always get me in tears, their dance on #BGT was SO powerful, they are amazing!”

The dance also saw Diversity’s stars drop to one knee as the vocals sounded: “I can’t breathe,” the words Mr Floyd said before he died.