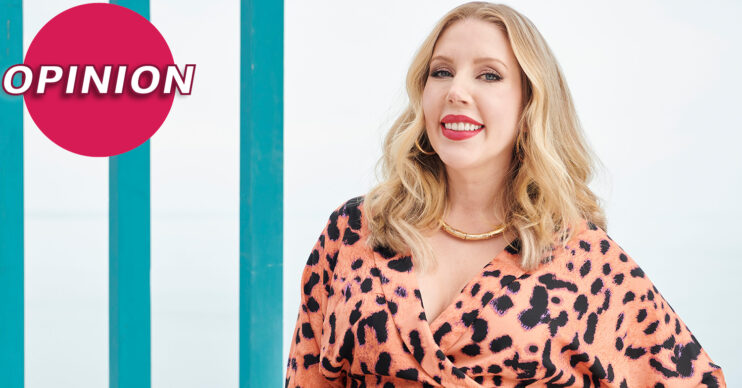 As Ready to Mingle fails to fill the Love Island hole, have we actually fallen out of love with dating shows?

Christian Guiltenane thinks it’s time the copycats of Love Island – yes, Married At First Sight and Ready to Mingle – are put on the TV subs bench…

“Don’t get me wrong, I love trash TV as much as the next of square-eyed pop culture junkie, but I realised something rather sad while watching this week’s Love Island reunion show.

“I  just didn’t care anymore what the glossy, impossibly-bodied guys and gals had been up to mere days after the series had come to an end.

“In fact, watching the torturously long post-series bash made me realise that I had already forgotten about so many of the copy-and-paste beauties who had shamelessly paraded their wares through the villa for a bit of telly time and Insta followers!

“And it was there and then that I realised that my love of dating shows had kicked the bucket, or was at least fighting for its life on a ventilator.

“In fact, asking around my group of telly-watching friends, I realised I wasn’t the only one who had grown increasingly weary of the flesh-flashing format.

“Those who had once been enthralled by the iconic third, fourth and fifth seasons of Love Island had moved on to other more grown up shows. The trashy novelty was gone.

“Ratings for the most recent series may have been buoyant (slightly up from the disastrous winter series we’ve all tried so hard to forget), but the concept was feeling flabby, tired and directionless.

“So when trails for the new ITV2 series Ready To Mingle appeared on our tellies, my heart sank.

“Surely, TV peeps weren’t trying to flog us yet another by numbers ensemble dating show packed to the brim with plucked, bronzed beefcakes and overly-made up shop dummies?

“Not so soon after Love Island, surely.

“Canadian comedienne and show presenter Katherine Ryan says the concept for this one is unlike any other – one girl moves into a house with twelve boys and tries to work out which of them is actually single.

“However, I hate to break it to Kat, but when you watch it, it’s basically a perma-tanned high street hybrid of The Bacherlorette and the far more superior 00s dating show Playing It Straight (check it out on 4OD if you’ve never seen it.)

“The concept is almost interesting – which of the rascals are playing our single gal to win a prize (half have girlfriends)? And will she suss them out before they do?

“But the viewing experience feels the opposite of enthralling – lazy and predictable.

“Not only does the show look just like Love Island (the Devon-set villa could be easily be in Spain) and shot like it (the VTs are similar and the crash zooms on the hunks descending the stairs are very familiar – talk about déjà vu!) and the casting feels like a bunch of Casa Amor rejects.

“Yet again, we must endure a dreary parade of chiselled fellas with pumped-up pecs and glassy eyes who try to woo an admittedly pleasant and likeable love seeker.

“Why can’t we have a few dad bods who read books or invent stuff is anyone’s guess? Not all viewers fancy plastic fantastic mannequins and fembots.

“While this achingly dull blueprint TV is a fun enough time-waster if you’re unfortunate enough to be tied to a chair against your will, it’s just not something you’d rush home to watch.

“It feels so jaded and exhausted – not entirely helped by the fact it follows hot on the knock-off Louboutins of other ensemble dating shows such as the utterly dreadful Survival Of The Fittest, MTV’s sleazy Ex On The Beach, the patchy Too Hot To Handle and the absolutely forgettable pile of stuffing that was The Cabins.

“Based on the lacklustre impact those shows had on viewers, it would seem unlikely that this show will ever reach the heady heights of Love Island.

“So TV folks – surely it’s time to think of a new spin on dating shows.

“Now it’s time to find something fresh and new – so come up with a brand new clever concept.

“Stop trawling the neon-lit clubs and hairspray-fogged nail bars of Essex, Newcastle and Croydon for your plucky casts and try further afield, maybe a book shop or a museum!”

Have you watched Ready to Mingle yet? Leave us a comment on our Facebook page @EntertainmentDailyFix and let us know what you think of this review.