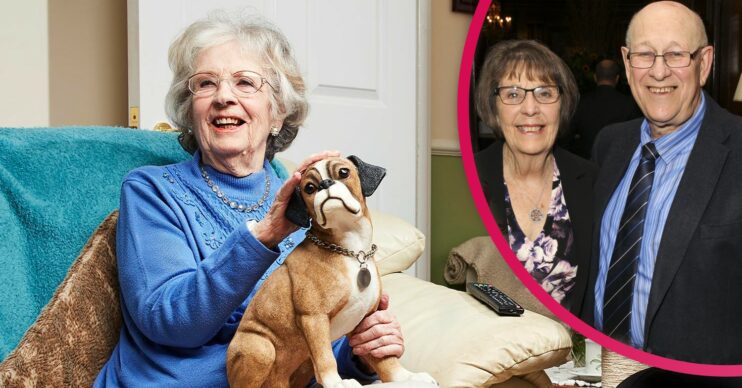 As Gogglebox favourites Andy Michael and Mary Cook die, all the stars we have tragically lost from the show

A very tragic week for the Channel 4 show

The Channel 4 show and production company Studio Lambert announced the news in a brief statement.

It read: “We are deeply saddened to share the passing of Gogglebox star Andy Michael at the age of 61 following a short illness.

“Andy passed away last weekend with his family by his side.

“Retired hotelier Andy, who brought much wit and insight to Gogglebox, was one of the show’s original cast members, appearing in the very first episode in 2013.

“Beloved father to Katy, Alex, Pascal and Louis, and cherished husband of Carolyne, Andy was a much-loved and respected member of the Gogglebox family, and he will be very sadly missed.

“Our love and thoughts are with Carolyne and the entire family. The family have asked for privacy at this very sad time”.

Fan favourite Mary appeared on the show with her best pal Marina, and was a fixture on the Channel 4 show since 2016.

In a statement on Monday August 23, Channel 4 said: “We are extremely saddened to share that Gogglebox star Mary Cook passed away in hospital this weekend at the age of 92 with her family by her side.

“Beloved mother, grandmother, great-grandmother and dear friend to many…

“…Mary, who worked in the hospitality trade, had been twice married and widowed twice.

“She will be dearly missed by the entire Gogglebox family, cast and crew.”

Other Gogglebox stars who have passed away

Due to the nature of the different ages of participants on Gogglebox, some stars of the show have sadly passed away in recent years.

Pete, who appeared on the show with his wife Linda, passed away from bowel cancer.

Linda told The Sun newspaper: “Pete was a lovely man and I was so lucky to have him for 25 years.

Liverpudlian couple Leon and June Bernicoff were there right from the very start and were firm fan favourites.

Their hilarious critiques of shows, as well as their bickering but endearing relationship, made them national treasures.

After an outpouring of grief from fans, June said that doing the show without him just wouldn’t be the same and left.

Channel 4 said: “As the first couple to be cast for Gogglebox back in 2013, June and her husband Leon were a huge part of the programme’s success.

“Their warmth, wit and contrasting personalities endeared them to the nation during the course of the first 10 series.”

Leave us a comment on our Facebook page @EntertainmentDailyFix to leave your condolences for Andy Michael from Gogglebox.