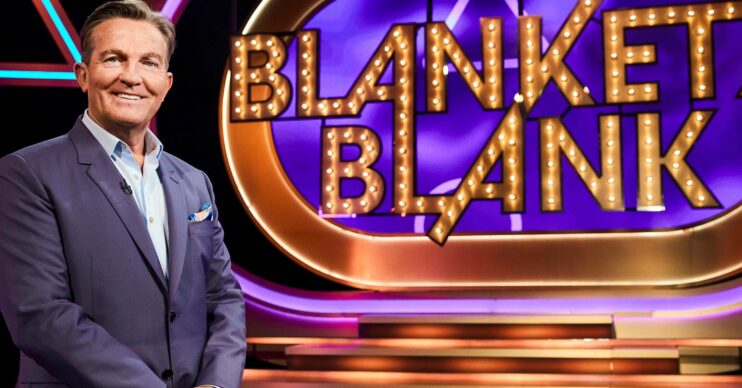 Blankety Black is heading back to the Beeb next month for a whole new series. Here are some other game shows from times gone by that should really be rebooted too.

After a well-received special last Christmas, classic game show Blankety Blank is is back for a series, with Bradley Walsh again hosting.

After a turbulent couple of years, there’s something comforting about nostalgia. And – with that in mind – we demand these shows are now brought back too!

It was a whole lotta fun, with prizes to be won. Who didn’t watch this CITV classic back in the day and secretly wish they could be the kids rampaging through the Fun House with Pat Sharp and perma-bubbly twins, Melanie and Martina?

This will make you feel old, the twins are almost 50 now. The smash kids’ show ran for 10 years from 1989 – 1999 before getting the chop leaving children all over Britain gutted.

The aim was to be the first team to make it through the fun house and all the surprises it threw at you.

Fun (house) fact: an adult version of the show was planned and a pilot even filmed, with Carol Smilie presenting.

It never made it to screen however, but perhaps now is the time. As long as that theme tune gets rebooted too.

Read more: The Chase’s Bradley Walsh needed a new suit after weight gain for The Larkins

Bullesye on ITV was a staple for telly addicts back in the 80s. Where could you go wrong with darts, trivia, gambling and awesome prizes?

Bullseye was famous for its iconic presenter, Jim Bowen, and his genius catchphrases.

They included, ‘Take a look at what you could’ve won’, ‘Stay out of the black and in the red, nothing in this game for two in a bed’ and the devastating ‘You win nothing but your BFH…that’s your Bus Fare Home.’

Contestants had to answer questions to get their professional player to sling darts on their behalf with the winning team getting the chance to play Bully’s Prize Board.

The prizes were awesome and ranged from white goods – who wasn’t lusting over a dishwasher in 1984 – to yachts.

Oh, and the unforgettable Bronze Bully statue. It was sadly axed in 1995.

Last year it was “supersized and rebooted” in a new series, Alan Carr’s Epic Gameshow, but it just didn’t compare.

Oh the good old Generation Game. This was originally a smash way back in the 1970s with the legendary presenter Bruce Forsyth fronting it.

When he moved on to pastures new in 1978, Larry Grayson took over as host.

It wasn’t quite the same without Brucey though and the show was cancelled in 1982.

It was then rebooted in the 1990s with Bruce back in his rightful place and became a hit with a whole new, er, generation.

The format was simple: two generations teamed up to close the generation gap and work together to win prizes. Extra Brucey bonus points if they had a photographic memory for that pesky conveyor belt round.

Bruce quit in 1995 and was replaced by Jim Davidson who carried the flame until 2002 when it was axed again.

A list of classic game shows wouldn’t be complete without Blockbusters, would it?

The ITV show pitted a team of two students against a solo student to find out if two heads really were better than one.

They had to pick a letter from the board, immortalising the phrase ‘Can I have a P please, Bob’, answer the correlating question and attempt to make a line across the board.

All while stopping their opponent from making a line – that will be the titular blocking, then.

Bob Holness is the most memorable host but reboots have seen Liza Tarbuck, Michael Aspel and Dara O Brian at the helm.

It’s time to make it mainstream again – if it happened for Blankety Blank with Bradley Walsh, it could happen again here!

Another staple from the BBC featured two families battling to demonstrate how much television they watched.

Noel Edmunds hosted the show from 1985 until it was cancelled in 1998. The teams sat on sofas in front of TV screens where they would watch clips from telly.

They’d then have to answer questions on the specific clips.

Watching people watching TV is clearly a winning format as Telly Addicts ran for 13 years and now Gogglebox is approaching its ninth year on our screens.

Read more: Viewers not sure of Bradley and Holly’s chemistry as Take Off returns to BBC One

Another kids’ classic gameshow which aired on CITV. Slightly darker than anything else on children’s TV at the time, Knightmare featured a kid in a helmet too big for their head being guided around a green screen world of dungeons, dragons, terrifying ogres, wizards etc by a team of strategic friends.

The game was lost if the kid in the helmet got killed. Not irl, fortunately, just in the fantasy realm. Knightmare had a cult following and was revived for a one-off special in 2013.

What do you think of Blankety Blank with Bradley Walsh? Leave us a comment on our Facebook page @EntertainmentDailyFix and let us know!