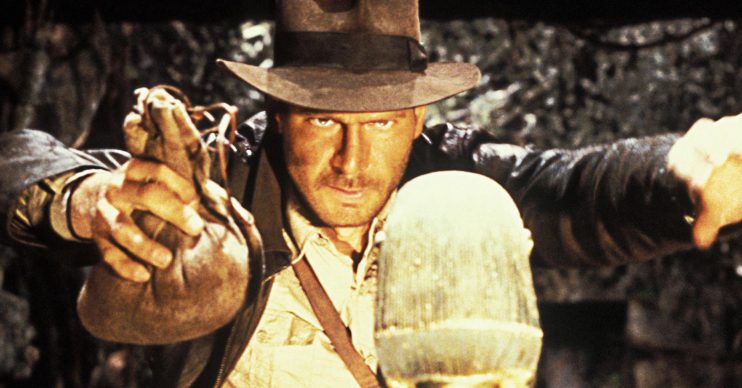 Where is the Ark of the Covenant today and what is Indiana Jones: Raiders of the Lost Ark about?

Harrison Ford stars in Raiders of the Lost Ark

Indiana Jones: Raiders of the Lost Ark is on BBC One this evening (April 10).

The film follows the archaeologist as he repeatedly risks his life to find the treasured Ark of the Covenant.

But what is the Ark of the Covenant and is it real?

Where is the Ark of the Covenant in Raiders of the Lost Ark?

The Ark of the Covenant is the casket God asked Moses to make to hold the Ten Commandments.

According to the scriptures, the ark is a gold-covered wooden chest with inscriptions of the Book of Exodus on the lid.

For centuries, it was housed in Solomon’s Temple but it’s currently location isn’t known.

In the movie, Indiana Jones finds the ark but it is stolen by Nazi who recklessly open it up.

When they do so, they find nothing but sand inside – supposedly all that is left of The Ten Commandments.

Seconds after, a beam of light shoots from the box and angels of death appear before them and kill the Nazi soldiers.

The chest then seals itself shut and Indiana takes the ark to the US government.

As Jones warns Marion to keep her eyes shut, spirits emerge from the Ark, eventually revealing themselves to be angels of death.

Is the Ark of the Covenant real and where is it today?

Yes, the Ark of the Covenant is a real artefact that allegedly contained the Ten Commandments.

It’s not know when the religious artefact is today.

However, there is rife speculation that the Ark is kept in the Church of Our Lady Mary of Zion in Ethiopia.

It’s believed that the ark was brought to Ethiopia 3,000 years ago by a man called Menelik.

Legend states that he was the son of the Queen of Sheba and King Solomon.

The queen was from Ethiopia but met the king and was seduced by him while visiting Israel.

She returned home before giving birth to Menelik.

As he grew older, Menelik returned to Israel to study with his father, but during one trip, he stole the ark and took it back to Ethiopia, where it reportedly remains.

The security who guard the ark at the Church of Our Lady Mary of Zion have allegedly been trained to kill with their bare hands.

What is Raiders of the Lost Ark about?

Set in the 1930s, Harrison Ford stars in this Stephen Spielberg classic as archaeologist Indiana Jones.

The blockbuster follows his journey as he jets out to Egypt to try and find the Ark of the Covenant.

Unfortunately, his mission is anything but straightforward as he comes face-to-face with snakes, out of control boulders, booby-traps and even Nazis.

Are you a fan of Indiana Jones? Leave us a comment on our Facebook page @EntertainmentDailyFix and let us know what you think of this story.