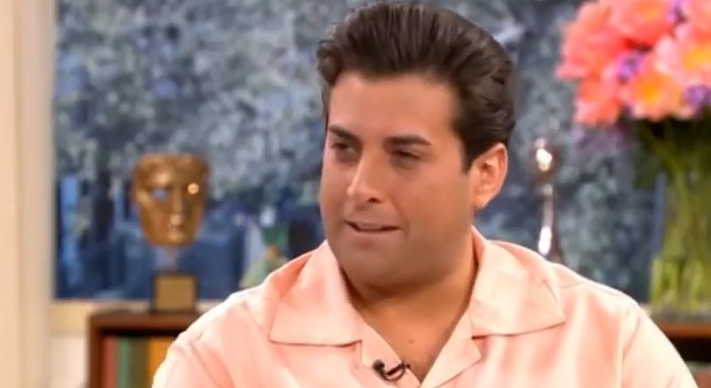 He has a big journey ahead of him

James Argent has been advised that he needs to lose around 10 stone, because he is now dangerously overweight.

The TOWIE star, who recently split from on and off girlfriend Gemma Collins, has seen his weight balloon in recent months.

He has yo-yoed over the years but has revealed he is currently the biggest he has ever been.

Arg bravely opened up about his body battle on This Morning today and he vowed to make a change for good.

He told presenters Phillip Schofield and Holly Willoughby: “I’m proud at myself I’ve been able to do really well career wise in the last nine months, I’ve stayed sober but instead of me going out with mates doing drugs, I’m probably acting out on food.”

He admitted it will be a long road, adding: “It’s quite scary. Ten stone is a hell of a lot of weight, it seems like a marathon. It’s not going to be a quick fix.”

This Morning’s resident medic, Dr Ranj, advised Arg that he now needs to shed a whopping 17 inches from his waistline to be in the healthier body mass zone.

“That certainly wasn’t easy or comfortable to talk about my weight issues on @thismorning but I feel so much better for doing so. It’s time I finally addressed it. It’s time I owned it and it’s time I do something about it!” Arg later explained on Instagram.

That certainly wasn’t easy or comfortable to talk about my weight issues on @thismorning but I feel so much better for doing so. It’s time I finally addressed it, It’s time I owned it & it’s time I do something about it! Thank you everyone for your kind loving messages & also to the trolls for giving me motivation! Here’s to another journey of mine… #DreamIt #BelieveIt #BecomeIt ❤️ Credit: “The Master” @tundeajayi9

His pal, and former TOWIE co-star, Mark Wright also sent in a video message to show support for Arg.

Presenter Mark, 32, told him: “We’ve been talking about this for a long while now.

Arg said he plans to shed the pounds by boxing and ditching his junk food diet.

I’ve been warned I’m on “Death Row” because of my weight gain! Thanks to my old friends @mranthonyyarde @tundeajayi9 today my life changes & I’m back in the boxing gym! 🦁 @peacockboxingclub is my new home! 🥊 #healthylifestyle #hardwork #dedication

He recently admitted on Celebrity Juice that his weight affected his romance with 38-year-old Gemma.

He confessed of their bedroom antics: “My belly gets in the way.”

Do you think Arg can reach his goal? Leave us a comment on our Facebook page @EntertainmentDailyFix and let us know what you think of this story.