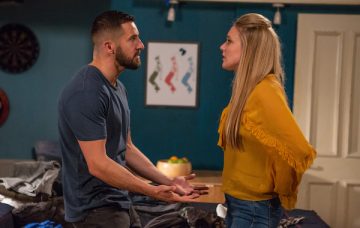 Emmerdale fans argue over who should get custody of baby Seb

Are you Team Robert or Team Rebecca?

After losing her sister and her dad in the car accident caused by her evil nephew Lachlan, and then being kidnapped by Lachlan, it’s not a surprise that Rebecca White wants to leave Emmerdale.

With her super-cute romance with Ross Barton taking off, and Ross having his own reasons to say farewell to the Dales, Rebecca has decided to move to Liverpool.

She and Ross are going to start a new life – and they’re planning to take sons Seb and Moses along with them.

But when they told Seb’s dad, Robert, and Moses’ mum Charity, about their plans in last night’s episode, things got a bit tricky.

Robert was devastated, while Charity assumed Moses would be staying with her and Ross being gone would cost her “an absolute fortune in babysitters”.

And as the custody battle threatens to get nasty, Emmerdale fans are fighting over social media about who should get custody of little Seb.

Some people think Rebecca should have her baby.

“It’s not as if she will be miles away Robron can visit,” one fan pointed out. “Rebecca deserves the chance to have her baby Seb with her,” said another. 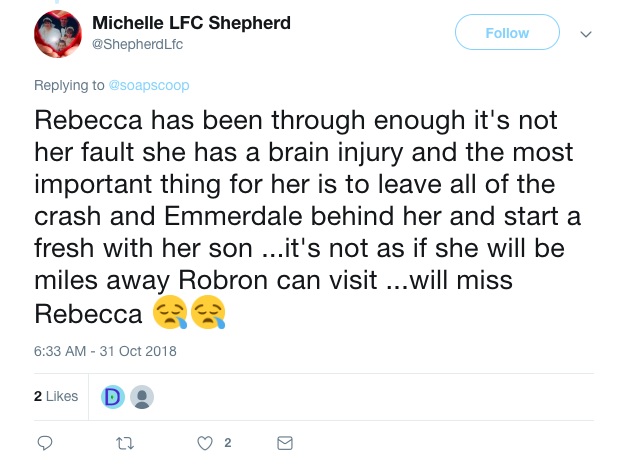 And others pointed out that while Rebecca may not be perfect, Robert has a fairly murky past himself. While Charity is hardly a model of motherhood.

“Robert should be in prison for killing Katie!” said one viewer. Adding: “Ross loves Moses and is with him all the time. Charity is barely with him.” 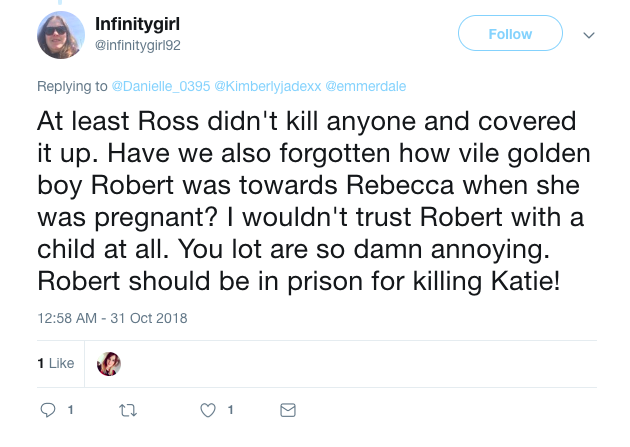 But others were horrified at the thought of Robron being left not holding the baby.

“Excuse me the evil Rebecca White,” said one cross viewer. “There is no way that you (sic) taking Seb away from his lovely dads.” 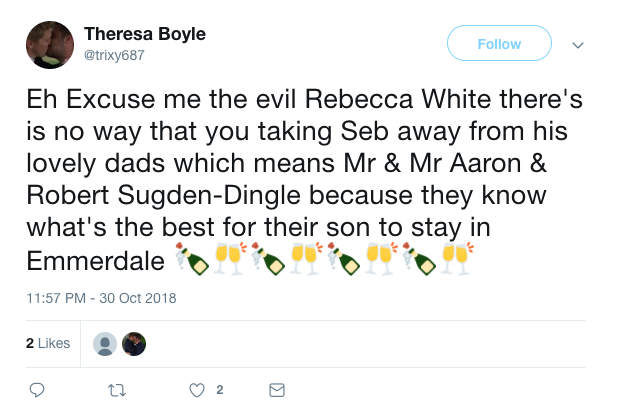 Who do you think Seb should be with? Let us know by commenting on our Facebook page @EntertainmentDailyFix!