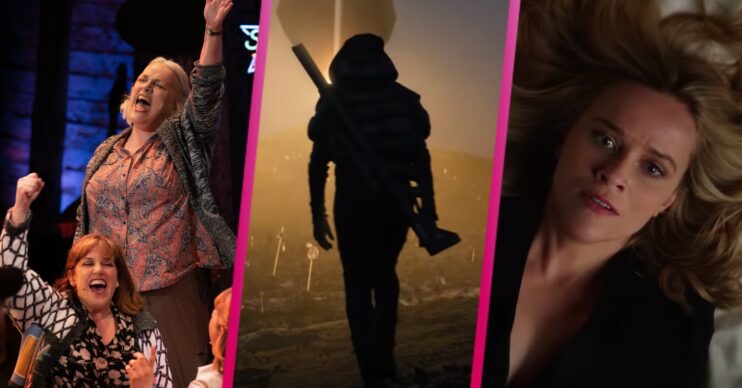 Apple TV+ in September: From The Morning Show season 2 to Come From Away

Do any of these shows take your fancy this month?

Apple TV+ in September is bringing the goodies – with some returning favourites, as well some new material.

While Netflix and Amazon continue to dominate the streaming war, Apple TV is sneaking in there with some must-watch shows.

So, want to try something new this month?

Here’s everything arriving in the upcoming weeks…

What TV series are coming to Apple TV+ in September?

Jennifer Aniston and Reese Witherspoon are back in business on The Morning Show.

At the end of season one, Alex Levy (Aniston) went rogue and exposed the double standards of her industry in a fierce live rant.

Now, everyone is paying the price. First and foremost – Alex herself, who is now out of a job.

As Bradley (Witherspoon) adjusts to life with a new co-anchor (Hasan Minhaj), the team scramble over how to win Alex back.

Foundation chronicles a band of exiles on their monumental journey to save humanity and rebuild civilisation amid the fall of the Galactic Empire.

The sci-fi fantasy series is based on the award-winning novels by Isaac Asimov.

What films are arriving this month?

Come From Away (September 10th)

The hit musical is coming to our screens thanks to Apple TV+.

Recording a performance of the Broadway cast, Come From Away is based around the time of the 9/11 attacks.

It tells the true story of 38 planes that were ordered to land in the small town of Gander, Canada in the wake of the attacks.

The characters in the musical are based on real Gander residents, as well as some of the 7,000 stranded travelers suddenly in need of help.

What shows are getting new episodes on Apple TV+ in September?

Ted Lasso is continuing to melt hearts and fans are in for a treat this month.

Secrets about Ted’s past begin to surface, Roy Kent adjusts to a new position, and Rebecca continues her quest to be the best boss bitch she can be.

Then there’s Jamie, who is forced to confront some things after his return to AFC Richmond.

All titles are available Apple TV+ in September.