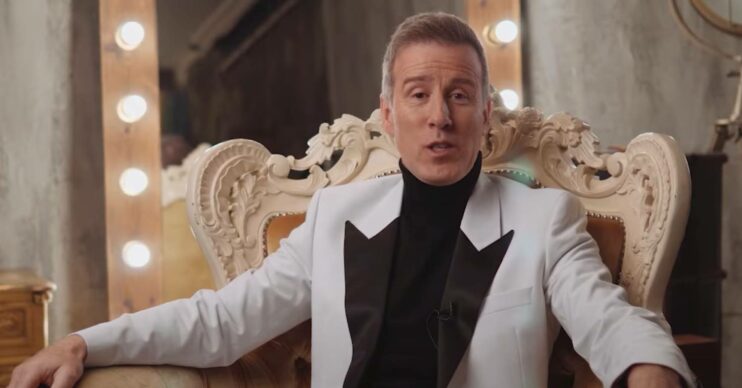 There has been lots of speculation about his Strictly future

Strictly star Anton Du Beke has revealed his involvement in a new telly project away from the BBC dance show.

The dancer, 55, recently indicated his future on Strictly Come Dancing has not been determined.

But now it appears Anton will be appearing over on the other side in the near future… and it might not involve any dancing at all!

Earlier this week Anton shared on his social media that he will be participating in Cooking with the Stars.

Furthermore, Anton revealed he will be mentored by Rosemary Shrager on the ITV show.

Other celebs taking part will include The Chase’s Anne Hegerty, Josie Gibson and Maura Higgins.

Anton explained on Twitter and Instagram: “Best bib & tucker, my loves – literally… Delighted to be invited to partake in the next series of @ITV ’s #CookingWithTheStars!”

Anton continued: “Under the expert tutelage of @RosemaryShrager I’ll swap sashays for sautés and voltas for veloutés this summer… details soon!

Anton’s post seems to indicate he’ll be tied up in the upcoming summer months.

So might it mean he can afford to find other activities to keep him occupied over the summer if his focus remains on staying on as a Strictly judge?

His Cooking with the Stars schedule might at least suggest filming for the shows will not clash.

After all, it seems like Craig Revel Horwood believes Anton will again fill the judging position formerly held by Bruno Tonioli again in 2022.

How fans and followers reacted

“Can’t wait to see you in the kitchen, I’ve missed you so much,” said one fan on Instagram.

“How exciting,” declared another follower.

And someone else tweeted: “Brilliant news, can’t wait to watch.”