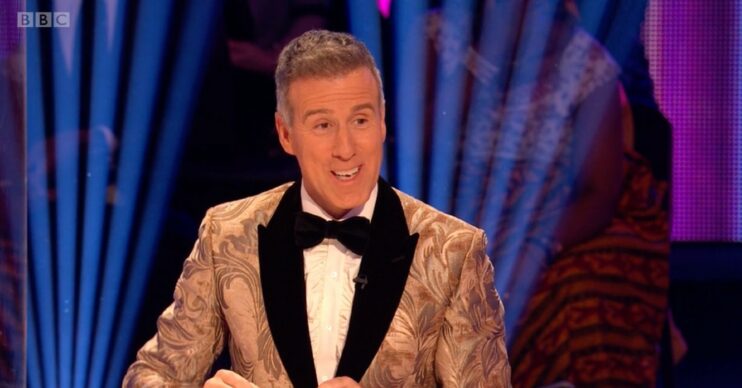 He's danced with Erin for decades

Strictly Come Dancing star Anton Du Beke is without doubt one of the most charming men in showbiz.

However, the man himself has admitted that he wasn’t always so nice.

In fact, in the days before Strictly, Anton has previously admitted that he was an “absolute lunatic”.

And, he has said, that he most likely owes professional partner Erin Boag an “apology”.

It’s most certainly a stretch to believe what we’re hearing about the man Anton claims he was before finding fame on Strictly Come Dancing.

He claims he was always impatient in his pursuit of dance floor victory.

And he has spoken of the stress he would have put on his dance partner Erin Boag, who he has danced with since 1997.

‘I was an absolute lunatic’

Speaking to the Daily Mail in July 2021, Anton said: “I was an absolute lunatic. In my competition days I was the polar opposite of the patient, charming person you see on Strictly.

“I was the least patient person you can imagine.”

Anton admitted he wasn’t the charming man we know and love today.

In fact, it sounds like he was the complete polar opposite.

He detailed his “destructive” personality and said that, because of his behaviour and insatiable appetite to win, Erin deserves an apology.

“I wasn’t charming. I was out of control, a bit destructive to myself, to my dance partner Erin, impatient to win. I wanted it all, and five minutes ago. I should apologise to Erin, really.”

There’s clearly no hard feelings for Erin, though, who was one of Anton’s biggest cheerleaders as he stepped up to the Strictly judging panel.

Anton puts his behaviour down to the fact that he started his ballroom career later than many other contestants he faced as a teenager.

He also admitted he had an insatiable appetite to win and find fame.

Anton said he wanted to be Fred Astaire and was frustrated as he “couldn’t see how I’d get from a church hall in Sevenoaks to the silver screen”.

He said because everyone else started out a good decade before him, he was always on “the hurry up”.

And, as a result, he’s said he was always an “outsider”, admitting he was “never at the top table”.

That all changed though when the BBC came a-calling, with the star tipped to return to the Strictly top table this autumn for the 2022 series.