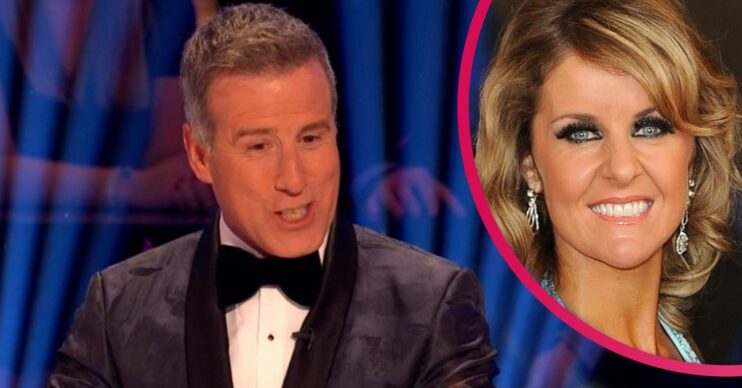 Anton has joined the judging panel this year

Former Strictly Come Dancing pro Erin Boag has said Anton Du Beke should be made a “permanent fixture” on the judging panel.

Anton has taken over Bruno Tonioli‘s spot on the panel this year and fans have been loving him.

Bruno is working on a show in the United States and due to Covid travel restrictions, he couldn’t fly between America and the UK.

However, Erin said Bruno has “made his choice” so Anton should be able to stay on the Strictly panel.

Speaking to OK! Magazine about Anton being on the show, Erin said: “I love him on it. He’s great. I really hope the BBC make him a permanent fixture.

“The professionals really respect him having been there and done it, but also his criticisms are very constructive. He seems to make a nice balance in the judging panel.

“I say that Bruno has picked his side – he’s had two years to decide and he’s gone for America both times. So, I think you make a choice and you snooze you lose.”

Erin’s comments have become echoed by fans, who have also called for Anton to become permanent.

One person said on Twitter: “Love Anton. A joy to have as a judge. Make it permanent.”

Another wrote: “It’s great to see Anton back judging on Strictly, he’s doing truly great. Hope he stays permanent with the other judges.”

During one show last month, one person added: “Anton is on absolute form tonight and proving he needs a permanent place on that panel!”

Meanwhile, this isn’t the first time Erin has called for Anton to become a judge.

Back in December last year, the dancer said all the judges should be “sacked” and called for the BBC to appoint Anton.

This was before Anton was announced as a judge for this year’s series.

Erin told FUBAR Radio: “I know that [Anton] really enjoyed being a judge and I hope, one day, that maybe there will be a chance for him to go into a role like that.

“I say sack the lot of them and get new judges in!”

Should Anton become permanent? Head to our Facebook page @EntertainmentDailyFix and tell us.