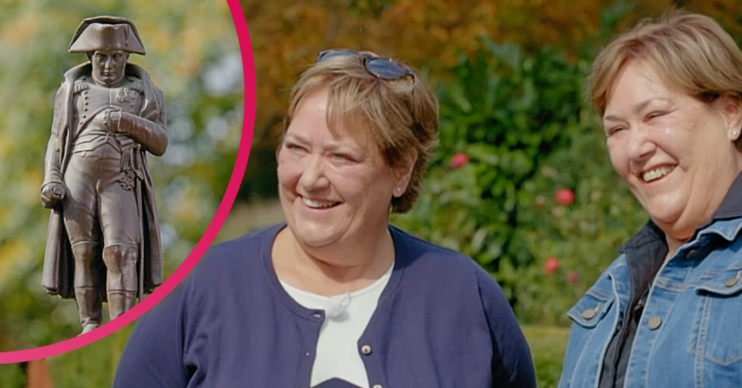 Antiques Roadshow BBC: Two sisters get shock as statue is valued at £30k

Antiques Roadshow on the BBC provided more shocks last night (Sunday March 28) after an expert valued a statue at £30,000.

Two sisters brought forward an object that has been in their home for over 120 years.

And soon the evaluation took them by surprise.

What happened on Antiques Roadshow on the BBC yesterday?

Two sisters presented expert John Foster with a tall column with a figurine of French emperor Napoleon on top.

“We know he’s been in the family for about 120 years minimum, and he’s just sat in the dining room corner all that time,” on the sisters said.

Read more: Fiona Bruce children: How many kids does she have?

The other said: “We know it represents one of his battles, but I don’t actually know which one.”

They were about to get a shock…

John said that the statue had been made from captured cannon.

Using bronze at its primary material, John also said it was based on an original full-size statue, which may have been pulled down after Napoleon had fallen out of favour.

“I think this is a presentation piece from someone of note and that’s what makes it that much more special,” John told the sisters.

Purely on size and scale, I don’t think this is something you would buy on your grand tour or your trip to that area.

“Purely on size and scale, I don’t think this is something you would buy on your grand tour or your trip to that area.

“This is, for me, more important than that. The Napoleon statue is the latest in a long line of shock evaluations.

Expert Marc Allum gushed: “I have to say that this is the most spectacular and enigmatic piece of furniture that I’ve seen for a very long time.”

The find became one of the most valuable in the show’s long history.