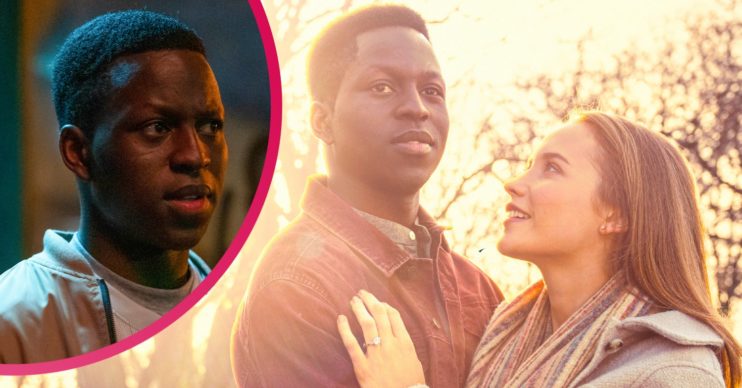 The powerful drama about Anthony Walker left some unable to sleep

Anthony aired on BBC One last night and it left viewers ‘shellshocked’ and ‘unable to sleep’.

The powerful drama was based on the real life story of Anthony Walker. Anthony was a Liverpool teenager who was murdered in a racist attack in 2005.

Anthony was a devout Christian with a love of basketball. Compassionate, funny and intelligent, he was halfway through college and wanted to visit America and study law.

But his life was tragically cut short in the attack in Huyton, Merseyside.

What was the drama Anthony about?

Written by Jimmy McGovern, the drama began with the caption: “This is the life he could have lived.”

We then met Anthony aged 25 and worked backwards through his life to the moment he died. The horrific attack saw two men in a deserted park wield an ice pick at him.

Therefore the story we were told never got to happen.

In his imagined future, Anthony helped rehabilitate his best friend from life on the streets as an alcoholic. He also met, married and had a baby with Katherine, and coached a local basketball team.

But then we saw the attack. In the harrowing aftermath, his mother was unable to reach his face due to the tubes and bandages. Instead she cradled his feet in a truly heartwrenching moment.

What did viewers say about Anthony?

The drama moved those watching at home to tears.

One wrote: “You know something’s good when you still feel it in the pit of your stomach the next day.”

“Anthony has left me feeling sick to the stomach. My eyes are sore from tears and my mind is struggling to comprehend the truth. The most moving, harrowing and heartbreaking story, my heart aches. So important and beautifully told. Everyone must watch,” added another.

A third wrote: “Couldn’t sleep after watching Anthony. Couldn’t stop thinking about that poor boy and family. How could anyone do that to an innocent human being?”

Someone else agreed: “Me neither. I went to bed sobbing. Just horrible and awful.”

#Anthony has left me feeling sick to the stomach. My eyes are sore from tears and my mind is struggling to comprehend the truth. The most moving, harrowing and heartbreaking story, my heart aches. So important and beautifully told. Everyone must watch. @jaylycurgo you’re a star! pic.twitter.com/APmA6pT4pT

Still shell shocked by the power of #Anthony. The serenity of Gee Walker is astonishing. Please donate to the Anthony Walker Foundation if you can. It’s aims and purposes are exactly what we need right now. https://t.co/YVYtEGPiCA

Just watched #Anthony but had to pause numerous times and take a breath and cry for that amazing lad and his family. Truly harrowing but everyone must watch this. And my god what those surgeons were going through. Racism must stop!!!

There were also calls for the drama to be shown to kids in schools to educate them on racism.

#Anthony what an incredibly powerful drama. This needs to be shown in secondary schools. Gee walker you are an incredible woman.

What happened to Anthony Walker’s killers

Anthony Walker’s killers were subsequently both sentenced to life in prison.

Appearing on This Morning on Monday, Anthony’s mother, Gee, revealed one of them was coming up for parole soon.

Meanwhile, Gee channelled her overwhelming grief, heartbreak and loss into setting up The Anthony Walker Foundation in his memory. Above all, its aim is to promote racial harmony through education, sports and the arts.