TV's Ant McPartlin make a joke about drinking during an appearance on I'm A Celebrity: Extra Camp last night.

Speaking about new arrivals Andy Whyment and Cliff Parisi, Emily admitted she couldn't wait to have a pint with Coronation Street actor Andy. 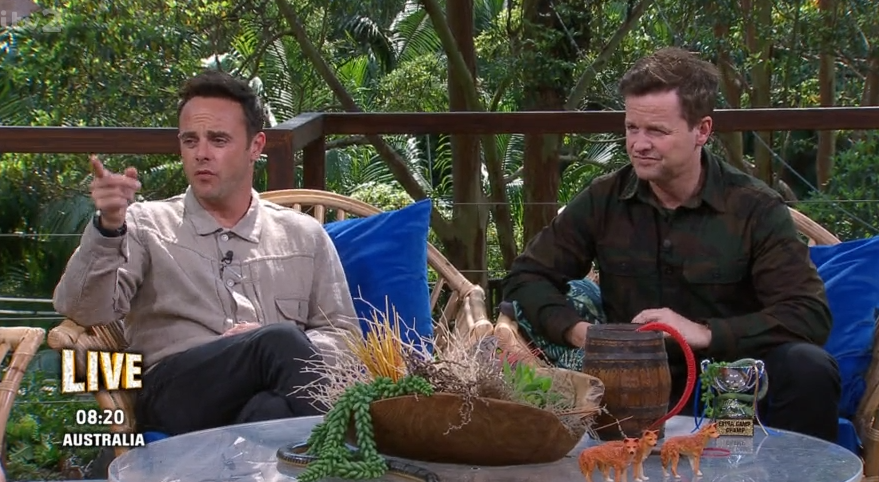 Ant made a joke about his sobriety on Extra Camp (Credit: ITV)

Read more: I'm A Celeb fans unimpressed as Jacqueline and Nadine refuse to do challenge

Emily said: "I feel like he's all my mates. You can have a pint with him at the pub."

Ant replied: "Or a coke." leaving Dec speechless as the pair laughed.

You can have a pint with him at the pub.

Ant didn't host last year's show with Dec as he took most of the year off to focus on his recovery and sobriety.

Earlier in the year, he had been arrested for drink-driving and then later checked into rehab.

When the show returned on Sunday night, Ant made a joke about his year off. 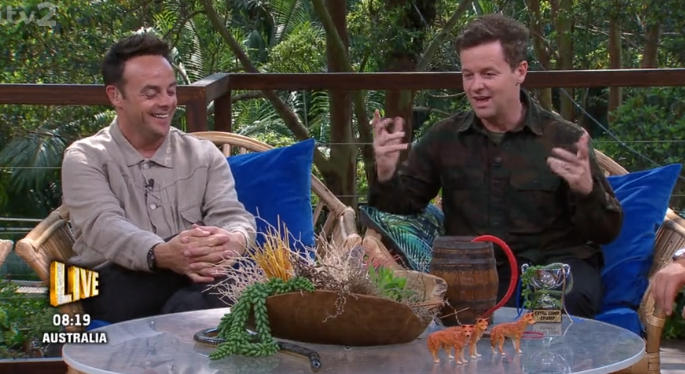 The presenter then struggled to deliver a line and Ant joked: "I've had a year off! What's your excuse?"

Viewers were thrilled to have the pair back together after last year saw Dec joined by This Morning presenter Holly Willoughby.

However, some people were missing Holly and begged for her to return on Twitter.

One person said: "I’m saying it. Holly was better last year with Dec than Ant & Dec this year." 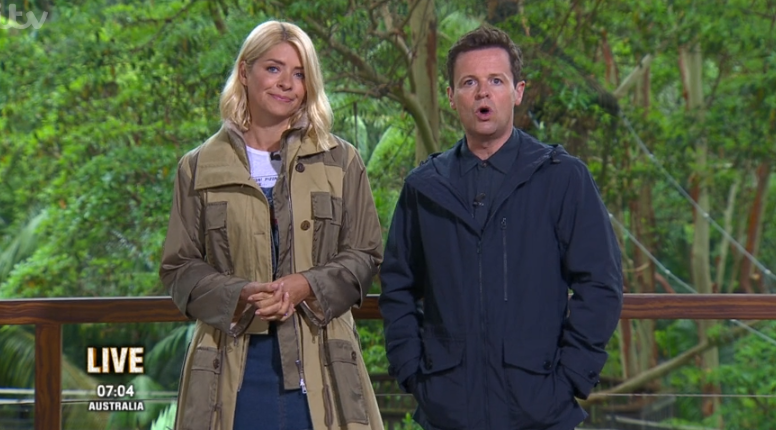 Another wrote: "I love #ImACeleb although I do have to mute it when #antanddec are on. Bring back Holly!" while a third added: "Normally a big fan of Ant and Dec on Celebrity but I really miss Holly, @hollywills at least she had compassion."

It was the most-watched launch since 2013.

Are you glad to have Ant back? Or do you miss Holly? Leave us a comment on our Facebook page @EntertainmentDailyFix and let us know.