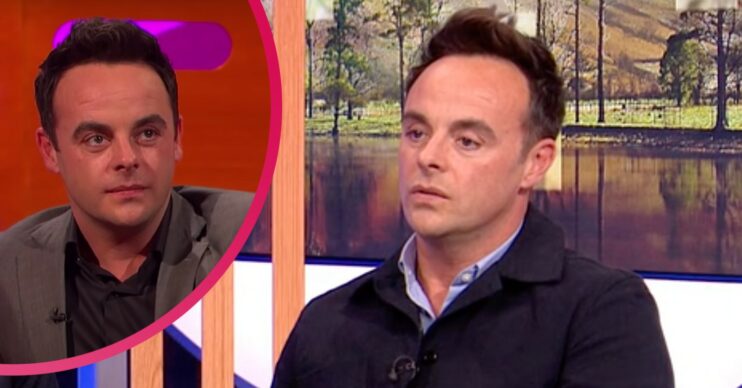 Ant McPartlin’s childhood struggles after being targeted by ‘cruel’ bullies

There might not have ever been an Ant and Dec!

Ant McPartlin was so disheartened by bullies during his childhood that Ant and Dec’s TV dominance may never have happened.

Imagine, a world without Ant and Dec’s Saturday Night Takeaway!

He first showed up on the box aged just 11 on Why Don’t You? – but even though Ant loved appearing on the series, he wasn’t so keen on some of the negative attention it brought his way…

Ant McPartlin on the downside of childhood TV fame

Now 46, Ant revealed in August 2014 that school bullies put him off auditioning for Byker Grove.

That’s because they had taken the Mickey out of him after he appeared on WDY?, calling him names.

Ant admitted to the Mirror he found the way he was treated as “tough”.

And that consequently meant he was reluctant to have a go at performing again – even though he had been contacted about Byker Grove.

A warning from his mam

Ant recalled: “I hid the letter from my mam and a mate of mine back then grassed me up. She frogmarched me down to the auditions. She said ‘do the audition and if you don’t want it after that, don’t do it, but put yourself in the position as you will kick yourself for the rest of your life if you don’t turn up.'”

You don’t get a lot of love from your peers.

Ant did indeed go through with the audition – and was grateful to his pal for telling on him.

Nonetheless, it seems Ant had not forgotten the sting of being singled out for putting himself forward.

‘A lot of jealousy’

He reflected: “Especially at that age, you don’t get a lot of love from your peers. There is a lot of jealousy, especially from boys. They are not going to walk over and say ‘I thought you were fantastic last night, darling, loved the show’.”

But Ant did admit there were benefits socially to being a face on telly, as he and Dec also enjoyed some much friendlier attention from girls, too.

He added: “From early doors you could see the advantages and disadvantages of being famous.”