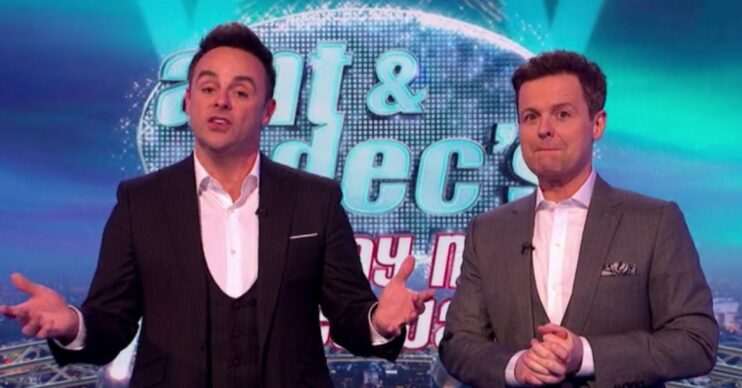 Not what they wanted to hear!

The ITV presenting duo revealed that next week is the last episode of the series, which has proved a firm favourite with viewers.

Ant and Dec revealed that next week’s show (April 9) will be the last in the current series, and fans were not happy.

Viewers took to Twitter to share their disappointment that the show won’t be on air every week.

One viewer wrote: “I’m just sad that next week is the last of the series!”

Another added: “Thank you for a great show – sad next week is the last episode of the series.”

Others wanted to highlight how amazing the series has been:

Do so adore the always wildly entertaining @itvtakeaway so much. @antanddec continue to show why they are the true masters of top quality light entertainment. Glad to have you back boys. Can’t wait for more, shame next week is the series finale…… #SaturdayNightTakeaway

Well, since my account has finally been unsuspended after 9 month, I’m gonna say that @itvtakeaway this series has been amazing, can’t believe the last episode of the series is next week 🥺 #SaturdayNightTakeaway

Elsewhere on the show, viewers were treated to a segment with BBC radio 1 DJ Greg James as well as comedian Steve Coogan’s Alan Partridge.

Alan appeared as the guest announcer for the show, leading to some hilarious moments.

However, the sharp witted comedian took aim at P&O bosses which left presenters Ant and Dec red faced on screen.

During the penultimate episode, the presenters wrapped up a game of Kiddie-oke, and Ant asked Steve Coogan’s alter ego Alan what his thoughts were.

He said: “I thought it was great. Although when I saw what you were paying those children I was appalled.

“I said that they would be better off working for that ferry company you said I wasn’t allowed to mention because of ITV guidelines.”

The audience gasped in shock at the quip, with camera quickly panning to a stunned Ant and Dec.

What did you think of this story? Head to our Facebook page @EntertainmentDailyFix and let us know.