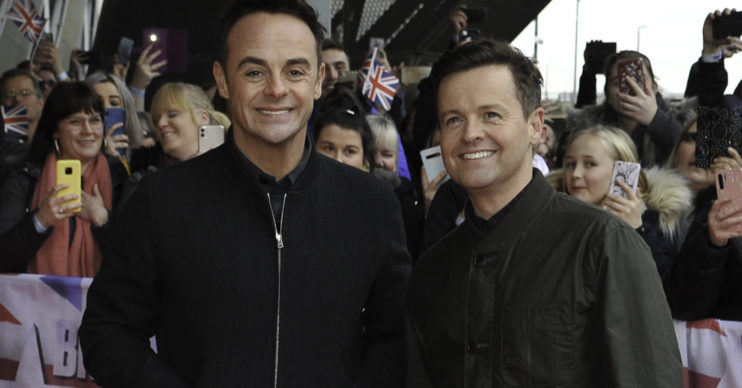 Telly’s Ant and Dec have made their fans giggle after Stephen Mulhern ‘requested’ a Zoom call with them.

The Geordie duo, both 44, were summoned to the group chat after recording a funny magic video a few days ago.

In the clever clip, Ant appeared to throw a rubber ring to Dec through the camera.

Dec was then able to make himself  ‘disappear’ by standing in the inflatable tyre.

But while fans loved the footage, 43-year-old magician Stephen appeared to take issue with it.

In the new video, the Britain’s Got Talent hosts begin the Zoom call discussing why Stephen wanted to speak to them.

Ant tells his best pal: “He thinks he’s the only one who can do a bit of magic. I can guarantee that’s what it is!”

“You clearly both got my messages, hence why I’ve got you both together.

Laughing hysterically, Dec tells him: “I knew it would be about the Instagram post. We tagged you in out of respect because we were doing a bit of magic.”

Their Saturday Night Takeaway co-star hits back: “Magic is an art form. It is a craft.”

As Ant insists magic is “lying”, the boys go on to show Stephen some more of their tricks.

While Dec appears to dangle a carrot in the air with no hands (thanks to the help of a cleverly placed fork), Ant pretends to ping an elastic band up his nose.

Stephen scoffed that their tricks were ‘the cool cunning carrot’ and ‘the fantastic elastic’ tricks.

“The reality is guys, they’re tricks. You can’t do illusions. A real magician can do anything with anything,” he says, in the spoof call.

Stephen then tries to make himself disappear by throwing a blanket over himself.

But when it falls, he can clearly be seen crouching on the ground.

Fans have been left in hysterics over the funny video and heaped praise on the trio.

One commented on Instagram: “This made my whole day! 💕😂”

Another added: “Brilliant just what I needed😂😂😂.”

This latest video is just one of many funny clips Ant and Dec have filmed to keep people entertained during lockdown.

The boys have also recorded hilarious keep fit spoofs, music videos and clips of them throwing ping pong balls ‘through’ the camera lens.