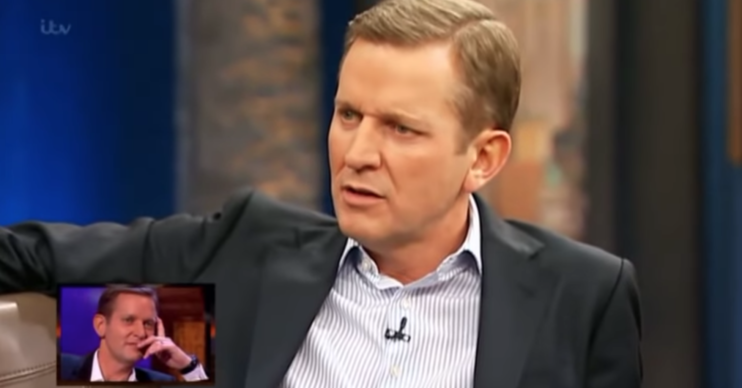 One of the lads' best pranks

The cheeky Geordie pair, both 44, said the star was ‘furious’ after the joke.

What did Ant and Dec do to Jeremy Kyle?

Opening up about the incident in their autobiography, Ant and Dec Our Story: Once Upon A Tyne, they explained it had been the first prank they had done in five years.

The story begins when the duo infiltrated the chat show’s set during an episode of Jeremy’s US series in 2013.

During the show, Ant and Dec dressed up as guests and caused chaos.

When they finally revealed their identities, Jeremy was “furious” and threw a chair.

Why was Jeremy Kyle furious?

“He was furious – he threw a chair across the studio floor and screamed ‘nooo’,” Ant and Dec said in the book.

“It was one of the best undercovers we’ve ever done.”

It was one of the best undercovers we’ve ever done.

Thankfully Jeremy saw the funny side of things and forgave the pranksters.

“We ended the night in a bar in Greenwich Village sharing a drink with Jeremy,” they said.

In the skit, Dec dressed up as ‘Mike’ a man who had spent $11,000 trying to make himself look like his deceased dead cat, Smudge.

As his partner (played by an actress) pleaded with him to stop his obsession, Jeremy looked on.

The episode turned into chaos when Ant (dressed a health and safety officer) stormed the studio.

He told Jeremy that he had received reports of a dangerous cat on the loose.

It was then he instructed his partner to “net the cat”.

It wasn’t long before Ant and Dec revealed their true identity.

And that was the moment Jeremy snapped.

What else has Jeremy been up to?

Jeremy, 55, has not been seen on television since The Jeremy Kyle Show was taken off air in the wake of Steve Dymond’s tragic suicide.

GMB host Kate Garraway recently revealed that Jeremy had helped her with a family matter.

Read more: Ant and Dec tease ‘strong’ I’m A Celebrity… Get Me Out Of Here! line-up

She told viewers in August that Jeremy had offered the use of his driver to take her kids to see their grandparents.

The grandparents had been isolating during lockdown.

“Very, very kind of him,” Kate continued, adding. “Thanks very much, Jeremy.”