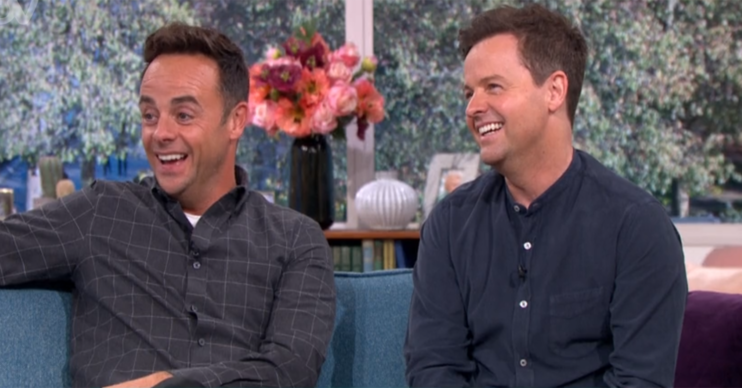 The series will be filmed in Wales this year

Ant McPartlin and Dec Donnelly have hinted at the first I’m A Celebrity contestant ahead of this year’s series.

The show will return later this year, however, will be filmed in the UK rather than Australia because of the coronavirus pandemic.

The duo appeared on Tuesday’s This Morning and told viewers what they could expect from the show.

What did Ant and Dec say about I’m A Celebrity?

Dec said of this year’s series: “We love I’m A Celebrity. The cast changes every year so a different vibe and you’re never quite sure what’s going to happen.

“You never know what it’s going to be, every year throws up something different. We absolutely love it.”

He added: “We are very much looking forward to it, because it’s going to be completely different.

“None of us quite know what it’s going to be like, so I’m just intrigued.”

Meanwhile, host Holly Willoughby asked the pair about the rumours Carole Baskin is doing the show this year.

Holly said: “If I was to say Carole Baskin… the rumours are there!”

Grinning, Ant and Dec said: “The rumours are there.”

Phillip Schofield said: “If that is true, that’s a great booking.”

Dec replied: “We couldn’t possibly say!” to which Ant added: “We can’t comment on the bookings.”

What did Carole Baskin say?

Carole told The Mirror: “I strive towards veganism so there is nothing so gross in the plant world, for me to be forced to eat on camera, as to make for entertaining television.

“No amount of money would make me want to be part of something that disrespects nature that way.”

Meanwhile, contestants will be residing at Gwrych Castle.

What did ITV say about I’m A Celebrity?

'I didn't want another guy stood next to me.'

Dec explains why Holly was his only choice for I'm A Celeb while Ant took some time off.

Read more: I’m A Celebrity ‘could be investigated by RSPCA if animal welfare rules are broken’