Fans of I'm A Celebrity...Get Me Out Of Here! were left confused by the voting process tonight after Ant and Dec announced the lines were open.

Tonight saw the first eviction of the series, but as Ant and Dec told the public it was time to vote to save their favourite, viewers at home were left baffled.

Those using their free votes on the app were told to vote for who they wanted to LEAVE rather than save. 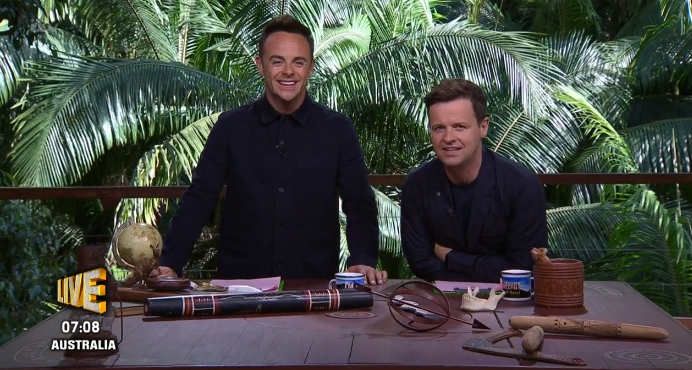 Taking to Twitter to ask what they were meant to be doing, confusion reigned supreme.

And given the lines were only open for eight minutes, fans were pretty angry.

So #AntandDec say vote to save, but the app says vote off?? #ImACeleb

Is it vote to save or remove?? #ImACeleb

They said on tv vote to save, but the app says vote off. Not sure what yo do? #imaceleb

I’m not sure what I’ve done now ! Voted stay or go !!#ImACeleb

Just voted for my favs via the app and apparently it’s a vote to leave fml.#ImACeleb pic.twitter.com/4yUR7ph0jn

#imaceleb R we voting to save them or vote off ??? i’m confused

#imaceleb the app says vote off. Ant n Dec say vote to save?! Who's right?! Only one way to find out.....FIIIIIGHT! @antanddec @imacelebrity @ITV

Why does it say vote to save on the TV but vote off on the app? STRESSINGGGG! Get Adele out 😤😤😤😤😤 #ImACeleb

Ant and Dec then announced that app votes wouldn't count after a "wording error" caused the confusion.

Earlier in the show, viewers said the show 'rigged' after Ian Wright was pitted against Andrew Maxwell in the battle for immunity.

With half of them 'cursed' and the other half 'uncursed' it came down to a battle at the 'sickening cinema' as to who would be be safe from the first public vote. 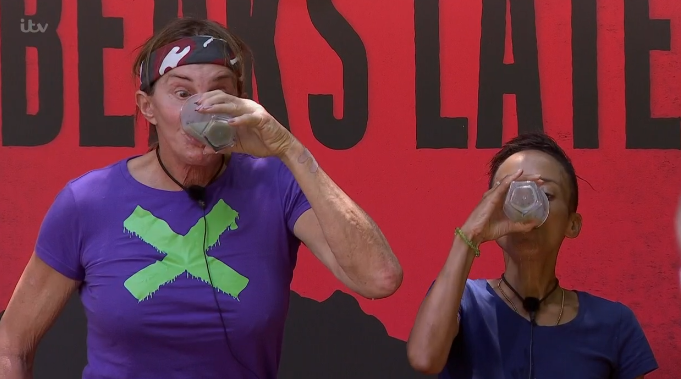 Ant and Dec lined up the celebs with two at a time going head to head in downing disgusting drinks.

Ant and Dec were picking the names out of a hat as to who would be pitting against who, but it seemed coincidental that Ian and Andrew were chosen to face each other after a week of bullying accusations. 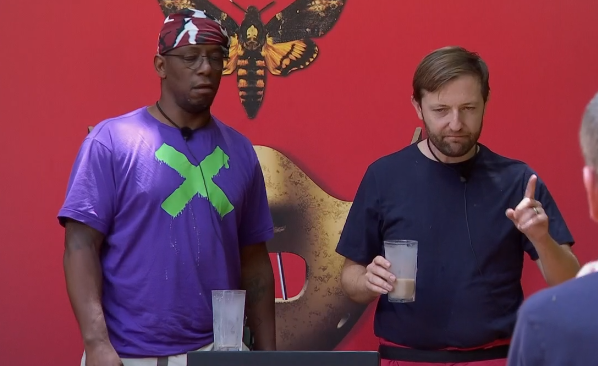 During the drinking challenge Ian managed to down the drink quicker than Andrew securing him immunity from the vote.

"Andrew versus Ian? How [bleep] scripted is that?" queried one.

Andrew vs Ian... What were the chances? 😂 #ImACeleb