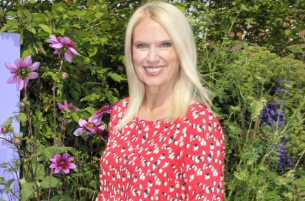 She’s been approached to take part in this year’s Strictly Come Dancing, according to The Sun.

The newspaper claims Strictly producers are keen to have the athletic 59-year-old on board following the success of Debbie McGee on last year’s show.

“Bookers are very keen to get Anneka and know she would be a huge signing,” a source said.

“After Debbie McGee’s popularity last year there is a sense the more mature lady does well and resonates with older viewers.

“They’re in talks and hoping that she finally says yes.”

Anneka was a regular face on TV screens in the eighties and nineties, and was famed for her penchant for jumpsuits.

In Treasure Hunt, she’d leap out of a helicopter searching for clues around the country to help contestants win prizes. Then, in Challenge Anneka, she worked against the clock to complete projects to benefit a charity or local community.

The mother-of-three has mostly been off our screens since then, but returned for two special reboot editions of Challenge Anneka in 2006.

She now hosts a Saturday Breakfast Show on BBC Radio 2.

Appearing on Celebrity Hunted for Stand Up To Cancer last year, Anneka admitted she’d deliberately stepped out of the limelight.

She said: “I can’t bear the thought of someone chasing me. That was the reason I dropped out of public life – I felt so hunted.”

But hopefully BBC bosses can convince her to take on the challenge of Strictly!

The celebrity line-up won’t be revealed until later in the year, but other names linked to the show include Union J’s Josh Cuthbert, TV presenter Maya Jama, football pundit Chris Kamara and Bake Off winner Nadiya Hussain.

Reps for Strictly never comment on speculation about rumoured contestants.

It’s also not yet known which professional dancers will return but we know Brendan Cole is definitely out, as the BBC announced they wouldn’t be renewing his contract earlier this year.