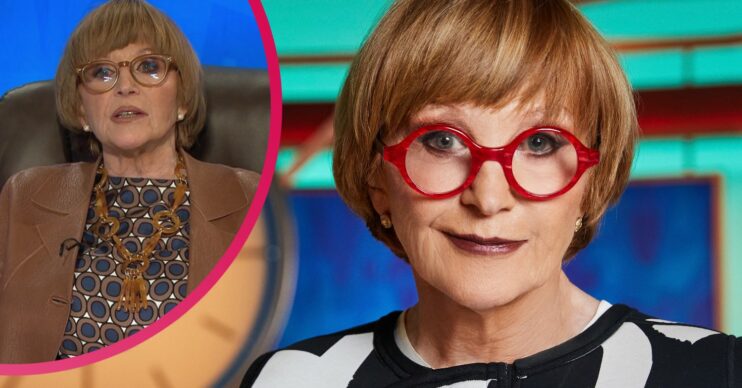 Was her first appearance "robotic" or did she do a "good job"?

Anne Robinson has officially taken over Countdown – so what were the reactions of the viewers?

On Monday June 28 2021, Anne became the first ever female presenter of the Channel 4 daytime show.

So how did she get on? Here’s what the fans thought!

Read more: How old is Anne Robinson and what surgery has she had done?

Some fans welcomed Anne with open hands and hearts – despite her reputation for being the Queen of Mean on Weakest Link.

One fan tweeted: “Anne Robinson is awesome. I absolutely love her.”

Another said: “Anne, you did a fantastic job, and I loved the ending of your first episode as host.”

Of course, Anne couldn’t resist ending with her trademark “goodbye”.

A third wrote: “A pretty sound start from Anne Robinson.”

“Anne Robinson doing a fantastic job as the new host of Countdown,” added another, while one more said: “Watching Anne Robinson’s presenting debut on @C4Countdown and I must say she’s doing a good job of it so far! #Countdown.”

So plenty of glass-half-full viewers were happy to give Anne a fair trial.

One not-fan wrote: “Sorry I know it’s her first day but I’m struggling with Anne Robinson. It’s like watching a robot.”

Another said: “Anne might be okay on the Weakest Link, but this show will be her downfall.

“She looked totally uncomfortable in the chair just vacated by Nick Hewer.

“Countdown and Anne Robinson is not working. Okay her first time but it made me cringe.”

A third jibed: “Think all those years of Botox have frozen Anne Robinson’s personality as well #Countdown.”

“I really don’t like Anne Robinson on Countdown,” said another, while yet another armchair critic added: “Sorry but not keen on Anne Robinson doing Countdown, should have picked some new talent.”

#Countdown
Sorry I know it’s her first day but I’m struggling with Anne Robinson. It’s like watching a robot.

Anne Robinson presenting Countdown. She can barely speak after all that work. Scary indeed

And the downright ugly!

Some fans were downright rude about Anne.

One sofa surfer said: “Anne Robinson presenting Countdown. She can barely speak after all that work. Scary indeed.”

Countdown viewers were left cringing when Anne Robinson made a joke about Matt Hancock during her first episode.

Chatting to impressionist Rory Bremner about which politicians he’s been impersonating during the coronavirus pandemic, she suggested the former Health Secretary.

Anne couldn’t have picked a better or worse time to bring up Matt Hancock!

Countdown continues on weekdays at 2.10pm on Channel 4.

What did you think of Anne’s first day on the job? Leave us a comment on our Facebook page @EntertainmentDailyFix.