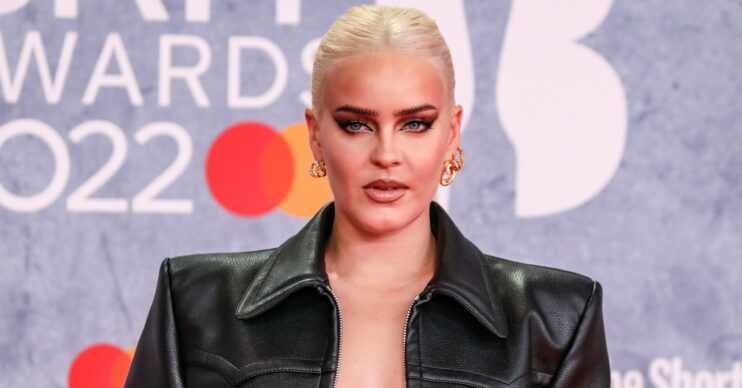 To be fair, she styled it out incredibly!

Singer Anne-Marie suffered a fall during her BRITs performance last night as the ceremony returned.

Mo Gilligan and Maya Jama replaced Jack Whitehall as hosts of the ceremony, and the likes of Ed Sheeran, KSI, and Liam Gallagher all performed.

However, it was one performance in particular that got tongues wagging.

What happened at the BRIT Awards last night?

The 42nd BRIT Awards was another successful one for Adele.

The 33-year-old walked away with three awards last night, including prizes for Album of the Year, Artist of the Year, and Best British Song.

However, it wasn’t just Adele’s victories that got the British public talking last night!

Singer, songwriter, and Strictly Christmas Special winner Anne-Marie had a moment to forget during her performance.

The 30-year-old was performing her hit, Kiss My (Uh Oh), stood on top of a short flight of stairs on stage.

All was going well as she walked down the stairs until she rolled her ankle and fell over! However, like a true pro, Anne-Marie carried on singing, and within moments it was like the incident had never happened.

Except it had, and everyone watching had seen it. It didn’t take long for the memes to start pouring in online either. Though Anne-Marie later saw the funny side of the whole incident, it’s going to take a while to live down.

In honour of Anne-Marie’s iconic fall last night, here are some of our favourite memes about it!

Twitter is full to the brim with memes about Anne-Marie’s fall at last night’s award show today (Wednesday, February 9).

Here are some of the ones that made us laugh.

#brits me trying not to laugh at Anne Marie dropping down the stairs pic.twitter.com/hTOp5DE9mv

In all fairness to her, Anne-Marie saw the funny side of her tumble and was quick to poke fun of herself.

Anne Marie trying to pretend she didn’t fall over

Even Specsavers took the opportunity to poke fun at the 30-year-old!

Anne Marie’s ankle a minute before her performance started pic.twitter.com/4cyPsQsFvA

However, many of Anne-Marie’s fans praised the star for the way she carried on with her performance.

“Fair play to Anne-Marie for handling that fall so well,” one said.

“What a trooper Anne-Marie is to carry on and smash her performance after this fall!! Her ankle WENTTT and she literally landed on her knees! Hope she’s okay!” another said.

“If anyone was gonna fall down the stairs and make it look good it’s Anne-Marie,” a third wrote.

Poor Anne-Marie – at least the memes will give her a good laugh, though!

Anne-Marie’s fall (and the BRIT Awards) are available to watch on ITV Hub now.

Did you enjoy the BRITs last night? Leave us a comment on our Facebook page @EntertainmentDailyFix and let us know!