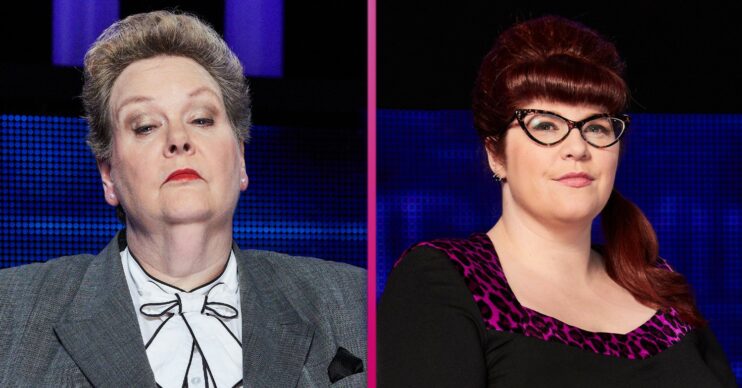 The Chase stars responded to claims that the ITV quiz show made a “mistake” during an episode this week.

Because of the Euros, The Chase has been rolling out repeats from yesteryear in its daily slot.

However, one viewer spotted what they thought was a mistake in one of the questions. And they were corrected by two of the Chasers…

What happened on The Chase on ITV this week?

In one show this week, host Bradley Walsh asked the question: “The main ingredients of the Scottish dish rumbledethumps are potato, onion and what else…?”

The options were cabbage, kippers and ‘whiskey’. (The answer was cabbage, by the way.)

However, the popular spirit’s spelling on the show was queried by one viewer.

Read more: When is The Chase back on ITV? There’s good news and bad news for June 24

They tweeted: “In all the shows I’ve seen of The Chase, this is the first time I’ve ever seen a spelling mistake on the show.

“Not Bradley’s fault. But it’s Whisky. Not Whiskey. No E in the word!”

The viewer got the shock of her life when both Anne ‘The Governess’ Hegerty and Jenny ‘The Vixen’ Ryan got in touch to set her straight.

Our MD is Irish. They and the Americans spell it with an e!

What did Anne and Jenny say about the ‘mistake’?

Anne replied to the tweet by saying: “Our MD is Irish. They and the Americans spell it with an e!”

And it wasn’t just Anne, either.

Jenny got in touch to explain the onscreen spelling in more detail.

Not a spelling error, actually a clue to help the contestant get to the correct answer.

“Not a spelling error, actually a clue to help the contestant get to the correct answer,” she said.

“It’s only whisky (no E) if made in Scotland. e.g. Glenfiddich, Laphroaig = whisky Bushmills, Jameson’s = whiskEy .”

The viewer replied: “Wow. Thank You @jenlion for your reply. And I never knew that.”

When will new episodes of The Chase be back?

The hit quiz show has been rolling out the repeats throughout the footie tournament as ITV has often been showing live games at in that time slot.

Read more: The Chase star Paul Sinha hits back at claim he was ‘forced to quit a role’ due to Parkinson’s

And as the summer season continues, the repeats will continue.

It’s expected that brand new episodes of The Chase will begin again in September.