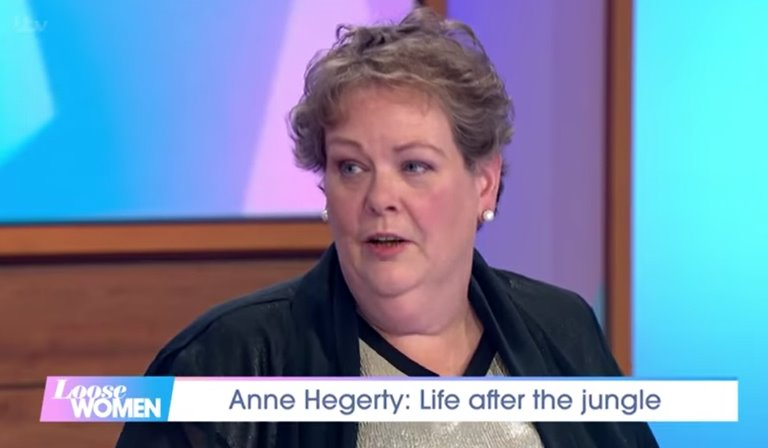 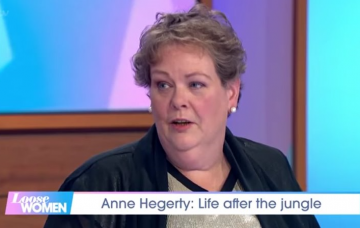 In a recent interview on the red carpet at the NTAs, Anne admitted she had considered retiring her job as as she finds it “overwhelming” at times.

However, Anne has now clarified her comments saying doesn’t intend to leave her role as The Governess on the ITV quiz show.

Read more: Anne Hegerty is considering retiring from The Chase

She told the Metro: “I love doing The Chase, I’m absolutely loyal to it and it will always be my top priority. I don’t intend ever to leave!

“But ever since coming out of the [I’m A Celebrity] jungle it’s been an absolute whirlwind, and you can’t blame someone for idly fantasising about what it would be like not to have to do so much!

“The NTAs were the third thing I’d had to do that day (when she spoke about it being cool to retire). By the time I spoke on the red carpet, I was already feeling pretty tired!”

Meanwhile, during an appearance on Loose Women on Tuesday, Anne cleared the rumours up once again.

She said: “It’s been a whirlwind [since leaving I’m A Celebrity]. It’s been tiring and one does think, ‘is the phone going to stop ringing?’

“Sometime’s you think, ‘noo’, but what I really mean is just give me a chance to get my head around it. I’m looking forward to recording more of The Chase.”

It comes after Anne told with the the Daily Star during the NTAs: “My schedule has gone bonkers and I find it overwhelming most of the time.

“Not a day goes by that I don’t think it would be cool to retire.”

However, the 60-year-old television quiz personality credits the ITV quiz show for turning her life around as she felt “very demoralised” before joining the show.

She added to the newspaper: “Before The Chase came into my life I was very demoralised. I was a proofreader working from home, but because I’m autistic I found it difficult to get organised and so I was losing work.”

Do you enjoy watching Anne on The Chase? Leave us a comment on our Facebook page @EntertainmentDailyFix and let us know!