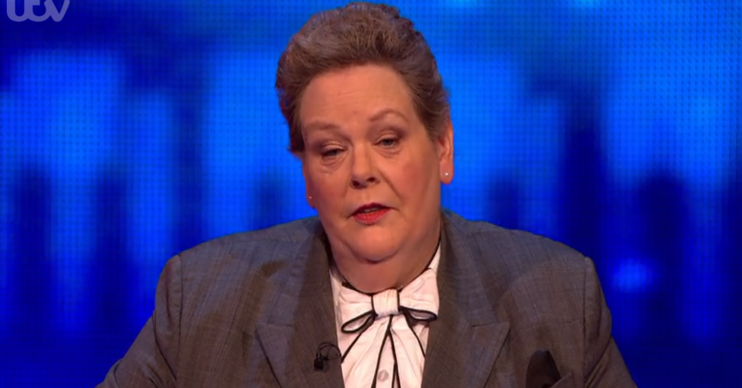 Anne Hegerty responds to concerns about her appearance on Family Chase

Anne Hegerty has responded to fans who were concerned about her appearance on The Family Chase last night (April 20).

The quiz expert went against the Holt family on the latest episode as they played for £5,000.

However, many viewers voiced their worries for Anne – aka The Governess – as they claimed she didn’t look well.

One person wrote on Twitter: “Anne looks as if she’s never slept for a week.”

Another said: “What’s up with Anne’s eyes?”

Anne responded to the fan and insisted she’s “fine” and revealed the episode was filmed “years ago”.

#TheChase Anne looks as if shes never slept for a week

what’s up with Anne’s eyes #TheChase

@anne_hegerty watching you tonight on the family chase, you don’t look well! Hope your ok xx

In another tweet, Anne added: “It’s sweet of Marian to be concerned, but these were filmed years ago.”

It’s sweet of Marian to be concerned, but these were filmed years ago.

Meanwhile, on last night’s show, Anne beat the Holt family despite three of them making it back for the Final Chase.

Kev was knocked out by The Governess but Lauren, Helen and Conor racked up £5,000 for the final.

The team bagged 13 steps ahead of the Chaser.

Anne looks as if shes never slept for a week.

Anne said: “Yeah they did have a few trickier questions but I feel they could have gone further.”

The quizzer went on to beat the team with 26 seconds remaining.

Viewers shared their thoughts on Twitter, with many branding the episode “boring”.

One person wrote: “Just me or is this a bit of a boring show? Suppose we have Bradley [Walsh].”

Another said: “This family are painful to watch.”

One added: “How do @itv pick these families. 2 have taken lower offer 5k between 3 of them.

“Managed 13 in the final chase What a waste of an opportunity and episode. Zero entertainment.”

Just me or is this a bit of a boring show? ☹️. Spose we have Bradley! #TheChase

The Family Chase returns to ITV, Sunday, April 26, at 7pm.