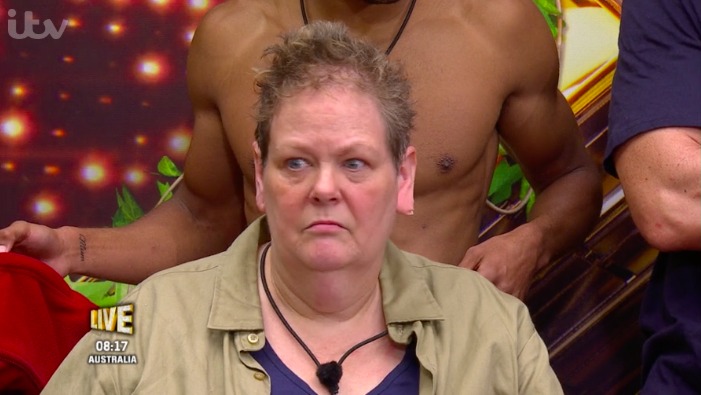 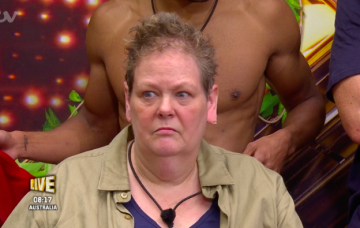 Anne Hegerty has not got I’m A Celebrity game plan

The quiz star has been described as a lovely lady

Anne Hegerty has been defended by her co-star on The Chase Mark Labbett, who said the I’m A Celebrity… Get Me Out Of Here! campmate has not got a “game plan”.

Quiz maestro Hegerty, who has Asperger’s, has faced criticism from some I’m A Celebrity fans due to her being ruled out of a number of challenges on medical grounds.

Some viewers have also said they think Anne is receiving preferential treatment and suggested that she was given a soft drink to consume instead of fish eye juice in a Bushtucker trial earlier this week.

The governess has only gone and added ‘record breaker’ to her list of accolades! A glass of fish eyes in 12 seconds…anyone fancy challenging her? 👀 #ImACeleb pic.twitter.com/X3qT9iDm1x

Mark who appears on game show The Chase alongside Hegerty, told ITV’s Good Morning Britain on Tuesday: “She hasn’t got a game plan here.

“She’s the ultimate organiser. She’s the godmother to my son, she’s already got his birthday and Christmas presents and handed them on.

“But she reacts terribly to the unexpected, that’s just one of the things autistic and Asperger’s people do.

“That’s why the first trial, she wasn’t expecting it and it threw her. But the Bushtucker trial, where she knew she had to do it, she prepared herself and absolutely bossed it.”

Anne’s first trial, in which she was covered with gunge and jungle critters while having to collect star tokens, saw her pull out early.

Anne’s manager David Hahn said that fans are seeing the true version of the TV star in the reality show.

Mr Hahn said her Chase alter ego The Governess is “totally an act” and that “she is a lovely lady”.

He said: “She really is a wonderful human being, she’s an honest lady and wouldn’t do anything at all which is on the wrong side of anybody.”

He said there were no stipulations made by her due to her Asperger’s before taking part in the show, and that she went through the same medical checks as the other stars.

Mr Hahn said: “She’s 60 years old. The rigorous checks they go through are incredible… they don’t leave any stone unturned.

“They can’t take any risks. If they say she can’t do a trial for medical reasons, it has got nothing to do with her Asperger’s or autism.”

Are you enjoying watching Anne on I’m A Celebrity? Leave us a comment on our Facebook page @EntertainmentDailyFix and let us know what you think.