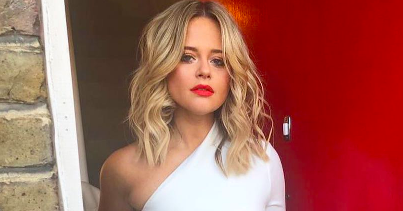 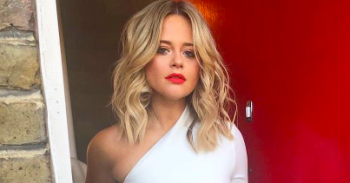 The Chase star has furiously defended her I’m A Celebrity pal Emily Atack after a troll told her she isn’t “pretty enough.”

Anne, 60, unleashed a withering – and profane – reply that drew plenty of plaudits from fans.

It followed the Inbetweeners actress’ announcement that she will be playing iconic singer Debbie Harry – AKA Blondie – in a new TV show.

She wrote on Instagram next to a picture of her dressed as the eighties star: “Wahhh! Beyond thrilled to be playing DEBBIE HARRY alongside an epic cast for Sky Arts next season of Urban Myths 💥⚡️ @skyarts.”

Over on Twitter, she wrote: “Thrilled to announce I’ll be playing DEBBIE HARRY in @SkyArts new season of Urban Myths!” And one particularly nasty reply caught the attention of Anne.

The troll wrote to Emily, 29: “Sorry. You’re just not pretty enough 👎.” Blasting the idiot, Anne, 60, told him: “What a sad [bleep] you are, Steve.” Emily also responded, retweeting his words and adding the emoji: “🤪.”

Fans loved Anne’s rude reply, with one calling it: “My favourite tweet ever.” Another said: “Straight to the point. I like it! 👍🏼.” While a third added: “Anne, you’re my spirit human.”

Others rushed to tell Emily – who has dealt with body-shamers – how perfect she is for the part, saying: “You are so pretty, ignore the haters and don’t let people bring you down xx 💖.”

While one more told Em: “Perfect for the role and I say that as a Blondie fan ! X.”

Only a few others thought she was wrong for the role, with one telling her: “You’re not in her league🤮👎🏻👎🏻.” A second wrote: “Sorry Em it’s not you😔.”

Are you excited for Emily playing this part? Leave us a comment on our Facebook page @EntertainmentDailyFix and let us know what you think.