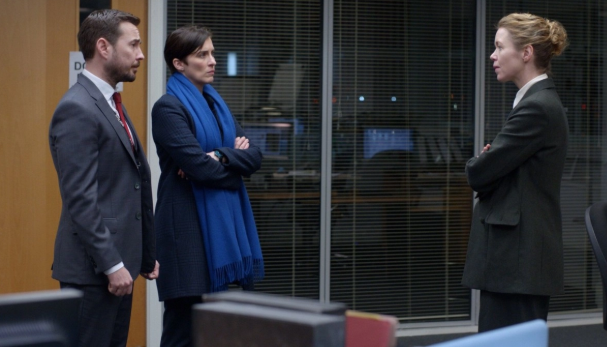 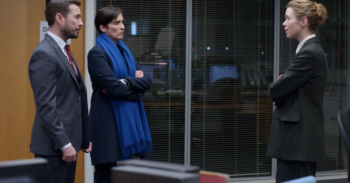 Line of Duty: Who is Detective Chief Superintendent Patricia Carmichael?

Anna Maxwell Martin has joined the cast of Line of Duty. The critically acclaimed actress makes her debut tonight.

The Bleak House actress is “dead chuffed” to have been asked to play anti-corruption officer Detective Chief Superintendent Patricia Carmichael in the final two episodes of series five.

She said: “I’ve been a fan of Line Of Duty for years, so was dead chuffed to be part of series five.

“I’m so pleased I no longer have to keep it a secret!

“I feel honoured to follow in the footsteps of the host of great actors who make up the Line Of Duty family, and Jed Mercurio – of course – has written a brilliant character in Carmichael.

Showrunner Jed Mercurio is “delighted and flattered” to have the award-winning star on board.

He said: “I’m delighted and flattered an actor of Anna Maxwell Martin’s status agreed to play this pivotal role in Line Of Duty.

“Anna was a pleasure to work with and brought real depth to the character of DCS Carmichael.”

Read More: Phillip Schofield unrepentant after Line of Duty ‘spoilers’ on This Morning

And bosses at World Productions, who make the crime drama, are “thrilled” to have landed the 41-year-old actress for such a key role.

Simon Heath, executive producer for World Productions, said: “We’re thrilled to be working with Anna again, but in a very different role.

“I can’t wait for the Line Of Duty audience to see what she’s brought to the show.”