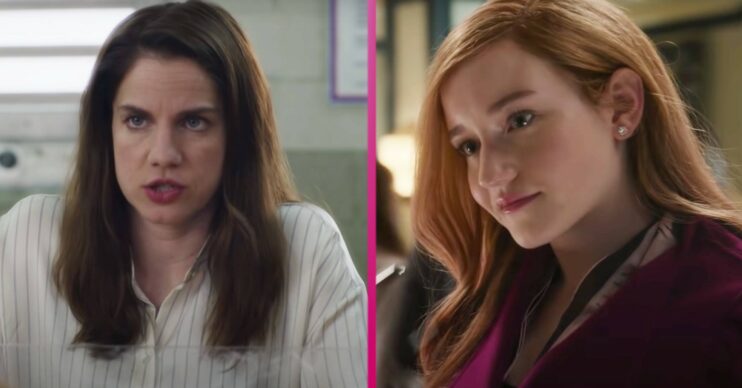 Written by Jessica Pressler, it appeared in New York magazine

Netflix drama series Inventing Anna portrays the exploits of fake heiress Anna Delvey – and is based on a 2018 magazine article, written by real a journalist behind the Vivian Kent character.

The article, published in New York magazine, is not the first of Jessica’s to become adapted for screens.

Her award-winning 2015 piece The Hustlers at Scores, concerning strippers who thieve from their clients, was the basis for 2019 film Hustlers.

Vivian tells colleagues the charges made against Anna Delvey are “insane”, contemplating whether she actually is a loaded German heiress or just “flat broke”.

Read more: Is Anna Sorokin still in prison and was she paid by Netflix?

Vivian interviews Anna Delvey in the drama series during her incarceration. But, unlike other characters in Inventing Anna that share names with real life people in Anna Delvey’s orbit, a certain distance from Jessica is established with the creation of Vivian.

However, Jessica joked about the link on Instagram last October as she captioned an image of Anna Chlumsky and Anna Delvey actress Julia Garner.

She wrote: “What’s the German word for when you have an out-of-body experience in which you are replaced by Anna Chlumsky?”

Where does Jessica Pressler work now?

According to her own website, Jessica – who is originally from Massachusetts – remains a staff writer for New York magazine.

Other online sources indicate she is a contributing editor at the publication.

She also has bylines for Elle and is a regular contributor for GQ, too.

Furthermore, Jessica previously recapped Gossip Girl for Vulture. She even appeared in a 2012 episode of the teen drama… playing a New York magazine editor.

What happened with Jessica Pressler and the teen hoaxer?

In Inventing Anna, Vivian references her career went into freefall after she wrote an article which included a profile of a teenage multi-millionaire which turned out to be a hoax.

A piece for New York magazine’s Reasons to Love New York issues contained a story Mohammed Islam. The headline claimed: “Because a Stuyvesant Senior Made $72 Million Trading Stocks on His Lunch Break.”

Islam, who ran a high school club that made simulated trades, later admitted he invented the story. Islam reportedly gave a fact checker for the story a fraudulent bank record.

New York magazine apologised to readers, confessing: “We were duped.”

But Jessica told CNN: “Holding it to the standard of a financial publication? It’s just a different thing.”

She added: “That’s not to say it isn’t important if he lied.”

Jessica has a credit as providing the basis for the series created by show runner Shonda Rimes.

She is also a producer of Inventing Anna.