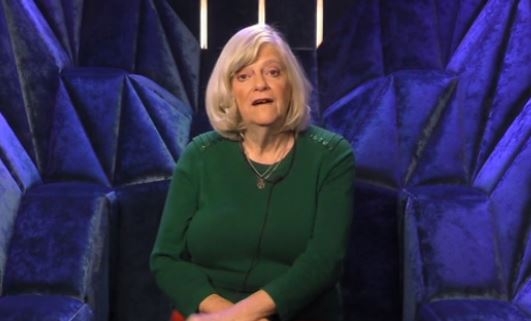 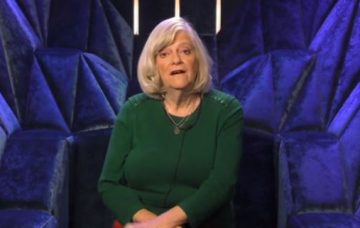 Raised eyebrows during chat with Diary Room on Wednesday night

And nobody was more appreciative than the men, who lavished the 70-year-old politician with compliments and wolf whistles after she debuted her new hairdo and make-up.

Ann was thoroughly chuffed with their reaction – and the wolf whistles.

She told Big Brother: “It’s quite nice to have the men wolf whistling. It’s supposed to be totally sexist, a wolf whistle, but it isn’t. It’s a compliment.”

Ann went on to say that while she isn’t wolf whistled now, she used to be as a young woman, and always appreciated it.

“I just can’t take it seriously as being sexist and demeaning and all those other things people say it is,” she said.

“It isn’t. It’s just a cheery expression of appreciation.”

“A woman is going along feeling maybe a bit down and all the rest of it and suddenly some building workers start wolf whistling her and it cheers her up no end, but we have to put on a po face and be offended.

“They are mad. Completely mad. The world is going mad.”

As you’d expect, Ann’s remarks were met with plenty of discussion on social media.

Many viewers thoroughly disagreed with the former politician’s views, saying they did NOT feel cheered up by wolf whistling and instead found it intimidating and uncomfortable.

Others, however, totally agreed with Ann’s stance on the whole subject and applauded her for speaking out. 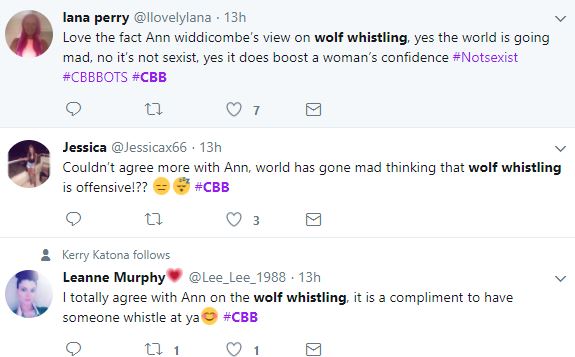