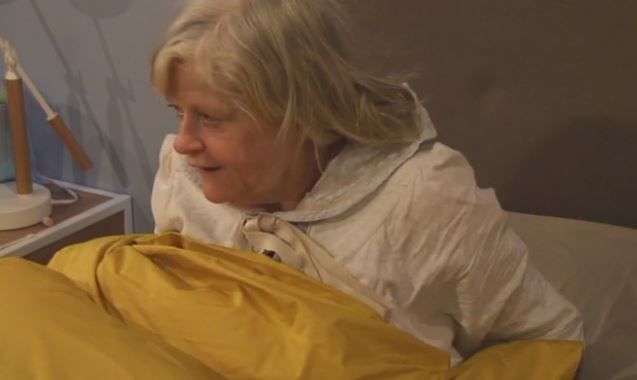 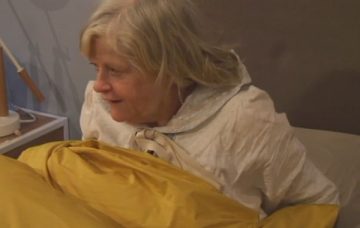 As always, the former MP chose to retire early rather than join the other housemates boozing it up in the garden (well, it’s freezing cold, who can blame her?) or gossiping in the living area.

Read more: CBB viewers shocked as “backstabbing” housemates turn on each other

So, at 9.56pm, she made herself a hot water bottle and climbed into her cosy bed in a quiet, empty bedroom.

Wearing a simple white night gown, it seemed as if Ann was getting ready to lie down, close her eyes and drift off.

Instead, Ann tucked herself up in bed, reached over to her bedside table, and grabbed a full glass of white wine.

Housemate Amanda Barrie then brought her a plate of chocolate biscuits, which Ann ate while propped up in bed.

“Here they come, darling! Here are your biccies!” cooed Amanda.

An early night + wine + chocolate + someone bringing you everything so you don’t have to move?

Well, that’s according to many CBB viewers, anyway, who said Ann’s evening looked like bliss to them!

Others said it made Ann, 70, more “relatable” to them.

When Amanda brought the biscuits to Ann, she said she hoped it wasn’t for the last time.

Ann has been nominated for eviction this week alongside Rachel Johnson, Daniel O’Reilly, Andrew Brady and John Barnes.

There will be a double eviction on Friday night but what the housemates don’t know is there will be a nominations twist on Thursday.

So far details of the twist have been kept under wraps so there’s no idea just what it means.

But given the voting lines for the eviction have yet to open, we’re guessing it means the five housemates nominated for eviction may get the chance to win a reprieve.

We shall wait and see!