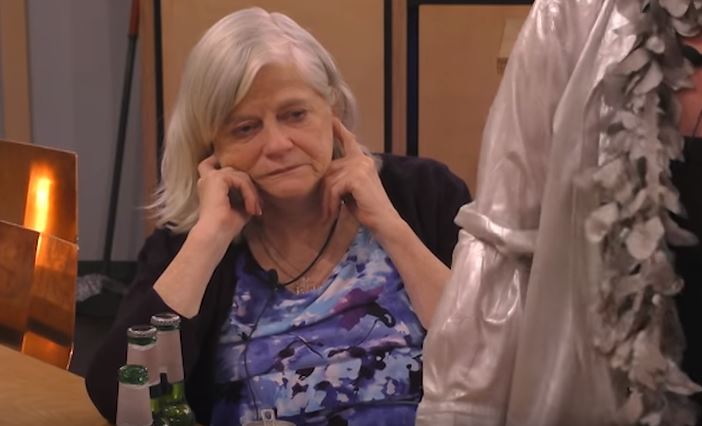 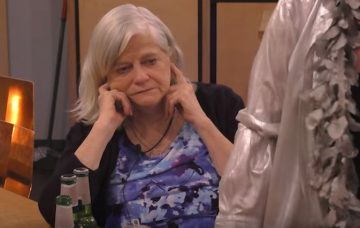 After springing the shock face to face nominations on the house yesterday, Big Brother clearly decided everyone deserved a good ol’ treat.

And a treat in CBB world = booze and music!

Unfortunately for 70-year-old Ann, it was not a treat that she enjoyed…

Complaining that the music was far too loud, the former MP looked thoroughly unhappy as the rest of the house danced around her, and resorted to sitting in the kitchen with her fingers in her ears to block out the noise.

She then stormed out of the bash to sit alone in the (relative) silence of the garden.

Rather than traipsing up to the Diary Room, she spoke out loud to the empty garden because, obviously, Big Brother is always watching.

Settling herself under a bunch of blankets in the garden, she lodged a complaint about the noise levels.

“Big Brother, I hope you can hear me,” she said.

“That noise is irresponsible levels and damages hearing. I have got very good hearing and you are trying to damage it.”

Ann continued: “Now my option is to come out here and breathe cigarette smoke.

“You have a duty of care, in case you didn’t know.”

There’s been no reply from BB yet…

The party came after Emma Willis entered the house on Tuesday evening to drop a nominations bombshell.

She revealed only the women could nominate and they’ve have to do it face to face AND live which meant they only had minutes to make their decisions.

In the end it was newsreader India Willoughby and Love Island’s Jonny Mitchell who got the most votes and will face the first eviction on Friday night.