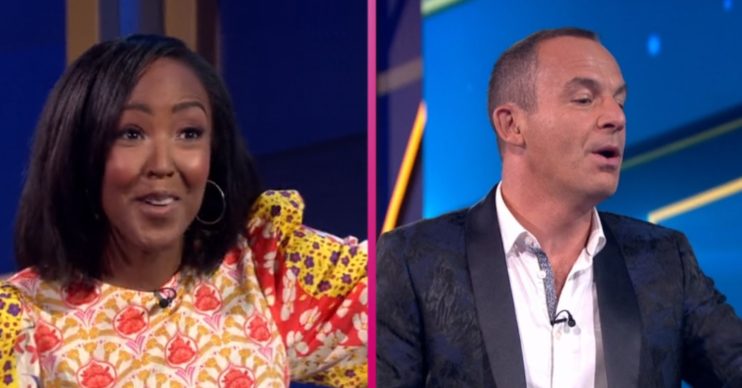 Some likened the dress to 'curtains'

What dress did Angellica Bell wear on The Martin Lewis Money Show?

It was the Multi Paisley Spliced Mini Dress available for £79 on fashion website Never Fully Dressed.

Read more: This Morning: Martin Lewis delights fans as he returns to ITV studio for the first time in months

A number of those watching at home couldn’t get past the garment, though.

What did viewers say about Angellica Bell’s dress?

Some joked that it looked like something a clown would wear. Others quipped that Angellica could be wearing it as part of a bet.

One said, “What a hideous dress she has on the show” and added in a separate tweet, “Ugh that dress hideous looks like a clown. Like Angelica but ditch the dress”.

Another asked: “#MartinLewis what is Angellica Bell wearing?”

Sorry Angellica, but that dress is not good!

A third likened the garment to a set of “curtains”.

Someone else wrote: “Sorry Angellica, but that dress is not good! #MartinLewis.”

A fifth said: “Watching #MartinLewis, wondering if Angellica is wearing that dress for a bet?”

Watching #MartinLewis , wondering if Angelica is wearing that dress for a bet?

Sorry Angellica but that dress is not good!!! #MartinLewis

Aside from The Martin Lewis Money Show, Angellica is also a familiar face on The One Show.

She regularly features on the BBC talk show as a guest presenter. Last year, after longtime host Matt Baker announced he was leaving, Angellica was tipped to be named his replacement.

Back in December, betting company Ladbrokes had 5/2 odds on Angellica joining the programme full time, making her the favourite to replace Matt.

Matt stepped down formally earlier this year. But the Beeb is yet to confirm his replacement.

In the months since, a number of famous faces have joined presenter Alex Jones on the couches as guest hosts, including Gethin Jones, Rylan Clark-Neal and Michael Ball.

What do you think of Angellica’s dress? Leave us a comment on our Facebook page @EntertainmentDailyFix and let us know.