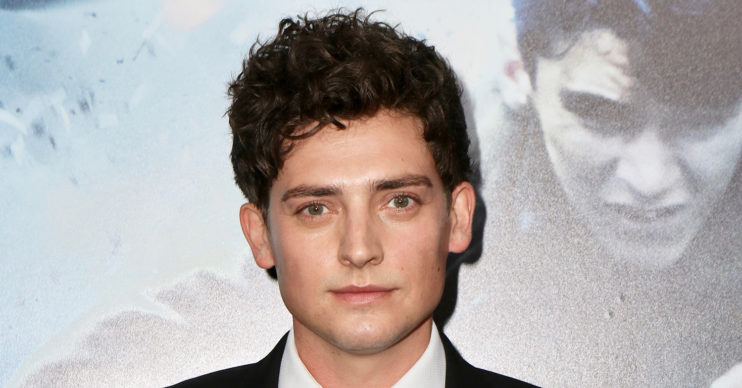 Aneurin Barnard profile: What else has Peaky Blinders’ Dr Holford been in and how do you pronounce his name?

Actor has starred in Cilla, The Pact and Time to name but a few!

Aneurin Barnard is a name you may not be able to pronounce but an amazing actor who’s been in some fantastic British dramas – including now Peaky Blinders.

A character actor, he always looks incredibly different in all his roles – so he’s a face you might not immediately recognise.

But his talent always shines through.

Here’s what Aneurin Barnard has been in before, plus where he’s from and how to say that name of his!

What has Aneurin Barnard been in?

The 2014 acclaimed mini-series focused on Cilla’s early life and rise to fame – it’s available to watch on ITV Hub and we highly recommend it!

Aneurin, who sports a peroxide blond head of hair for the role, said of the look: “It was one hell of a transformation. I found it thrilling. I love being able to embody someone completely different from myself.”

The actor’s next high-profile role was in BBC One’s sumptuous adaptation of Dostoevsky’s War and Peace in 2016, in which he played Boris Drubetskoy.

That same year he appeared alongside Jodie Comer in chilling BBC Three drama Thirteen, about a woman who escapes captivity after being kidnapped at the age of… you guessed it… 13.

His next notable TV role was last year in BBC One primetime crime drama The Pact.

He said of the role: “For me to approach playing him, I had to find the vulnerability and fragility within this young, damaged man, hidden deep beneath the pretence of a strong tough bloke with a cocky, selfish, ‘I’m bigger and better than you’ attitude.

Also in 2021, he starred in the heartbreakingly bleak but brilliant Time, also on BBC One, alongside acting giants Sean Bean and Stephen Graham – but more than held his own as a tortured inmate.

He has also made an impact on the big screen, appearing in 2017 juggernaut Dunkirk.

Directed by Christopher Nolan, the film retold the story of the Dunkirk Evacuation in 1940.

The actor played a young British Army misfit, Gibson, who was a stowaway on the journey of Alex (played by Harry Styles) and Tommy.

It was an overwhelming experience, with Aneurin saying: “When we did Dunkirk it was the biggest scale thing I’ve ever been involved in.

“And even for some of the more experienced, older actors – it was the biggest thing they have ever done.”

…And in The Goldfinch!

Aneurin also starred in must-see movie The Goldfinch, which is about a boy called Theodore who is taken in by a wealthy family after his mother is killed in a bombing at the Metropolitan Museum of Art in New York.

He steals iconic painting The Goldfinch, which draws him into a world of crime. Aneurin plays Theo’s friend, Boris, when he’s grown up.

Where is Aneurin Barnard from?

This 34-year-old actor is from Wales, and grew up in Ogmore Vale.

He was voted Sexiest Welshman in 2012 but modestly said: “There are many men out there who deserve that title more than me. But it’s a lovely phone call to get.”

We beg to disagree with him!

How to pronounce ‘Aneurin Barnard’

It’s not actually that tricky, if you give it a try phonetically: uh·nai·ruhn baa·naad. See!

Rather charmingly, Aneurin means ‘man of honour’ in English.

Is the Cilla actor married?

Yes, Aneurin is married to Lucy Faulks. They also share a child – a young son – together.

According to Lucy’s social media, she runs a wellbeing company called Elevate.

What is he doing now?

Well, he’s in Peaky Blinders season 6. We can’t tell you how long his character Dr Holdford will appear in the final series without spoiling the plot.

But it’s fair to say that his role is significant.

And, as always, Aneurin makes his mark.

What do you think of Aneurin Barnard in Peaky Blinders and have you enjoyed the other shows he has been in? Let us know on our Facebook page @EntertainmentDailyFix.