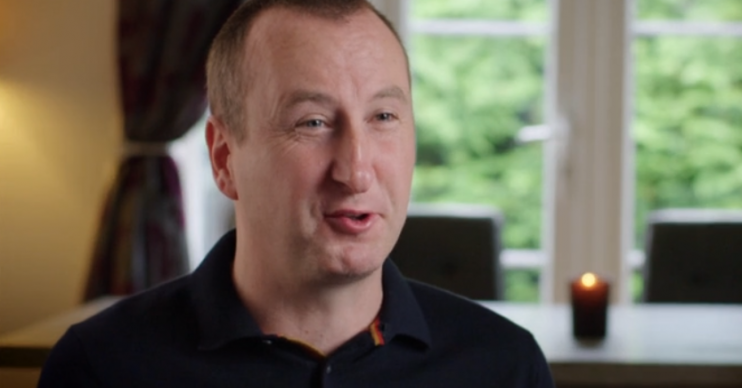 He's got no chance

Soap star Andy Whyment is worried his Coronation Street co-stars will be voting for him to do all the Bushtucker Trials on I’m A Celebrity… Get Me Out Of Here!

The 38-year-old actor, best known for playing Weatherfield’s Kirk Sutherland, is due to head into the jungle with Call the Midwife favourite Cliff Parisi.

Speaking ahead of his stint Down Under, Andy admitted he’s scarred his Corrie pals will band together to get viewers to vote him into the trials.

He said, in a statement released by ITV: “I know some of my Corrie colleagues and especially Alan Halsall, who plays Tyrone, will vote for me to do the Trials.

“I know he will be telling everyone to vote for me on Twitter!”

Elsewhere, Andy revealed he is a “massive fan” of the programme and called entering the jungle a “once in a lifetime opportunity”.

He said: “I have always been a massive fan of the show and when they asked me to do it, I said ‘yes’ immediately. It’s a once in a lifetime opportunity and it’s crazy to think I am now actually going! I am so excited.”

I know he will be telling everyone to vote for me on Twitter!

Speaking further, the Corrie star said he hopes to “entertain everyone” in the camp, although he’s unsure exactly how well he will be able to deal with the lack of food and sleep.

Viewers were over the moon at the end of last night’s (20.11.19) I’m A Celebrity when hosts Ant McPartlin and Dec Donnelly revealed that two new campmates would be entering the jungle.

Cliff said in a VT: “[The campmates] are all mates now and I’m going to come in and they’re going to be like, ‘go away’. Come on you spiders! Come on you crocodiles!”

Andy said: “I’ve got absolutely no survival skills. I don’t think I do have any fears or phobias but watch me now when I get in there… I’m going to be [bleep] scared of everything.”

Fans of the show were elated, with some branding the new campmates “legends” and others a “great choice”.