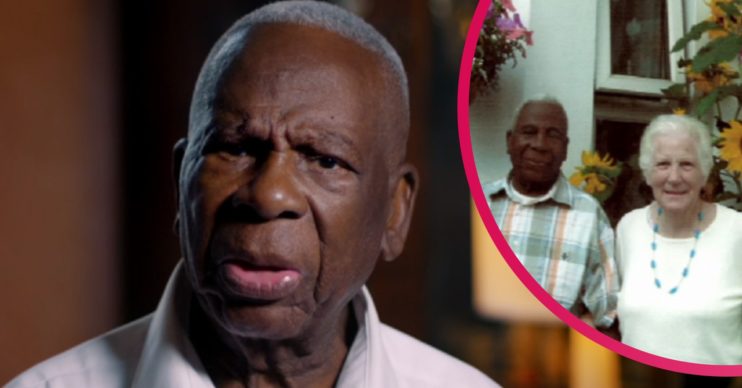 Viewers had already learned his wife of 53 years Doreen died

Andrew Augustus, who featured on 24 Hours in A&E several years ago, was on the programme again last night as it took a look back at some of the more memorable stories filmed at south London’s St George’s hospital.

And viewers were in tears as he described his wife’s dying moment – before the Channel 4 show offered a heartbreaking update on Andrew.

What happened with Andrew and Doreen Augustus on 24 Hours in A&E?

During Tuesday (March 30) evening’s episode, Andrew’s wife Doreen was in hospital with sepsis.

He remained by her side and viewers learned how the interracial couple had overcome years of racism to enjoy a long and happy marriage.

They had tied the knot 53 years earlier, after meeting when they both worked at Selfridges.

Andrew said on the programme: “I always used to say, ‘If you don’t let me down, I won’t let you down’.”

Unfortunately, Doreen never recovered and Andrew admitted he was “very lonely” after describing the moment his other half died.

Andrew, who would always get up early to give her breakfast, said: “I give her her Weetabix and she had four spoonfuls, and the fifth one I noticed she wouldn’t take it.

He continued: “I held her hands, then I called [our son] Chris. I said, ‘Mummy’s gone’ and that was that. I think the world of her. Very lonely, very lonely. That’s how it goes. She’s gone.”

At the end of the episode, a picture of Andrew and Doreen appeared on screen, along with the message: ‘Doreen Augustus, 1930 – 2017.’

Broke my heart to see it end this way.

It then revealed that Andrew had also died since filming, telling viewers: ‘Andrew Augustus, 1932 – 2018.’

On Twitter, one viewer said: “Actually sobbing at #24hoursinAE. Andrew and Doreen’s story is just making me think of my grandparents and the abuse they must have faced for being a mixed race couple.”

Another wrote: “Broke my heart to see it end this way. At least they’re re-united now.”

“Doreen no!” said a third with a weeping emoji, adding: “And Andrew as well, RIP.”

Such a kind soul. Broke my heart to see it end this way. At least they’re re-united now.

A fifth tweeted: “Oh no Doreen didn’t make it then her husband joins her a year later. I’m done in now.”

“I cannot cope. My heart,” someone else wrote.

Oh no Doreen didn't make it then her husband joins her a year later. I'm done in now. 😭#24hrsae

It may take decades, but eventually love will prevail. #24hoursAE pic.twitter.com/zyEztDzDdd