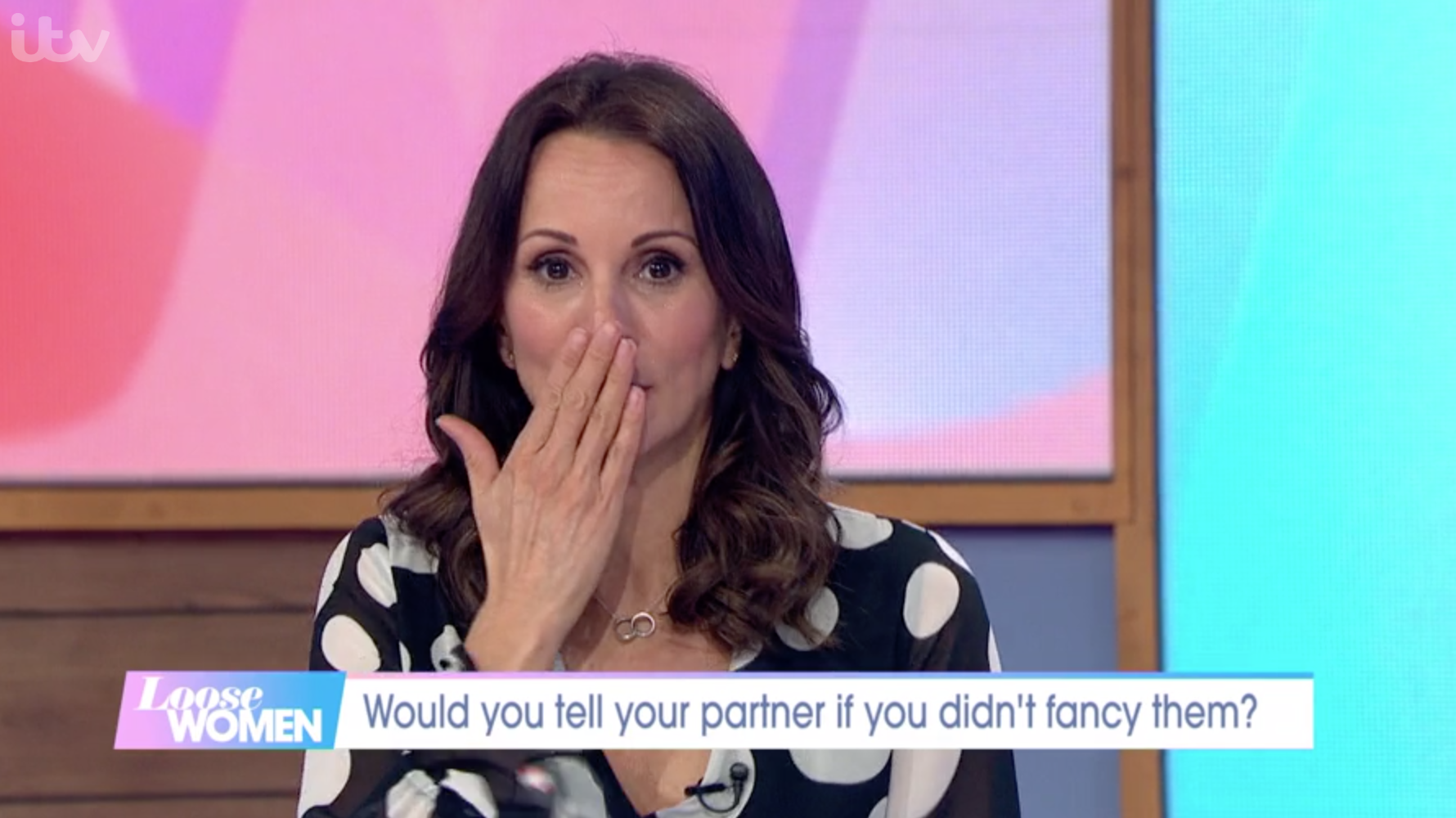 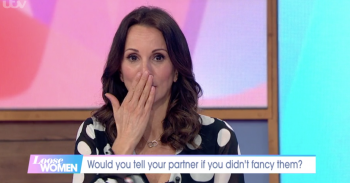 In a segment on whether you could tell a partner you no longer fancied them, she told a story of an ex-boyfriend who had fat-shamed her during their relationship.

Read more: Christine McGuinness overjoyed to be reunited with Paddy

But as she told the story she quoted him a little too directly, forgetting that one of the words he used isn’t quite appropriate forday time TV.

“My moment came when this person came home with the shopping and said, ‘You may have noticed I bought rice cakes because, I mean, look at the size of your a*se.'”

Realising what she’d said, Andrea quickly put her hands over her mouth in shock.

Fellow panelist Coleen Nolan had her priorities in order following the story though, saying: “Never mind that, I hope you binned the rice cakes.”

The panelists went on to discuss a few other causes of relationship strife, revealing that the most argument-inspiring household appliance is the dishwasher.

It soon became clear why, as guest Michael Ball proceeded to shock and dismay the panel with his cavalier attitude to rinsing.

Stacey Solomon revealed that watching her partner, Joe Swash, was a trial, saying: “Have you ever seen your partner load the dishwasher? If he’s anything like mine – he causes my face to involuntarily do this.”

She jiggled her eyebrow with her finger to indicate that Joe’s skills, or lack thereof, with the dishwasher made her eye twitch.

“He takes the plates, and he doesn’t bother scraping any of the food off, he just shoves it straight in.”

Michael then took Joe’s side, saying that he had had a fight with his partner,  Cathy McGowan, over a very similar thing.

He said: “This whole scraping malarkey, we had a huge fight on Sunday, because I put (I do the cooking, and I clean as I go along) I got the roasties out, and I put the pan – which may have contained a bit of olive oil – straight into the dishwasher.”

He didn’t get to finish his story however, as the entire audience booed his confession, and the guest panelist appeared shocked.

Responding to their shock, he said: “So what you are saying is we should pour it down the sink –” whereupon he was interrupted again, as Stacey shouted, “No, no, no!”

She explained that oil needs to be mopped up with a paper towel as it clogs the pipes.

Michael’s revelation had a side effect, as Saira Khan claimed her feelings for him had changed. “I used to fancy you,” she said. “Not now.”

A chastened Michael apologised and promised to load the dishwasher “correctly” in the future.

What do you think of Andrea’s slip of the tongue? Share your thoughts with us on our Facebook page @EntertainmentDailyFix