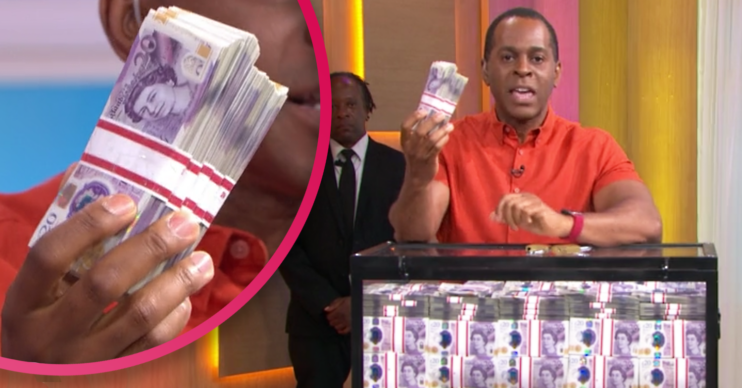 Even Phillip Schofield had questions!

And fans were quick to react to the news that the network is giving away the biggest prize ever in ITV daytime history.

What can you win in the new This Morning competition?

Viewers have the chance to win a whopping £1 million in the new competition.

However, it comes with a bit of decision.

Andi explained: “It is our biggest competition prize ever.

“We’ve called it the big decision because you’ll have one simple decision to make. We’ll provide you with a £1m prize. £1m could be yours, that’s right, all of it.

“We literally put it in your bank account,” he added.

How did viewers react to the competition?

The questions came thick and fast on Twitter, with some viewers admitting they felt a bit “confused”.

One said: “So does that mean if you win one of the big cash prizes and you don’t answer the phone the prize goes to somebody else? Sorry bit confused @thismorning.”

Another asked: “Million Pound Decision… So what happens if you take 10k a month and you die? Does it pass to next of kin like the Camelot one?”

A third tuned into GMB and accused Andi of telling a little white lie.

“Why are you saying @GMB giving away a £1m when it’s across all 4 daytime TV programs on ITV? Clearly a fib.”

Another called the host out after he said it was the biggest cash prize in ITV history, with one viewer pointing to the prize on Who Wants to be a Millionaire?.

Schofe tries to clear up the confusion

Phillip Schofield attempted to clear up some of the confusion during the segment on This Morning.

“When do I make the decision?” he asked Andi.

“October, when we close the lines and somebody wins,” he confirmed.

“If you win, we phone you from a withheld number, so you have to answer the phone.

The This Morning website states the prize draw runs across its daytime schedule and closes at 4pm on Friday October 22.

So what would you do if you won? Tell us on our Facebook page @EntertainmentDailyFix.