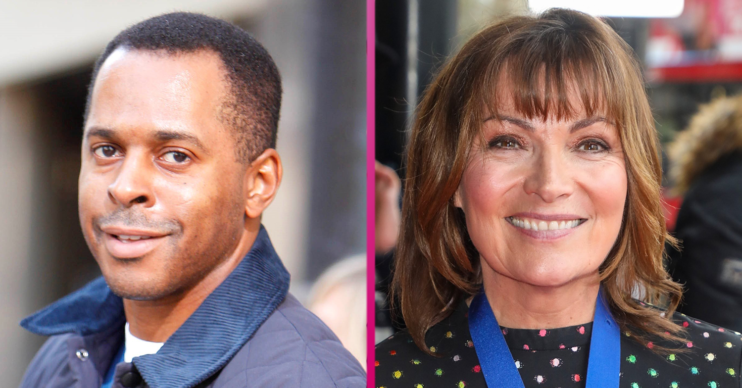 Andi Peters is set to replace Lorraine Kelly next month.

She is currently enjoy a break from hosting her ITV breakfast show and isn’t expected back until September.

With that in mind, show bosses have asked Andi to step in.

Andi Peters to step in for Lorraine Kelly

Speaking on Good Morning Britain today (July 23), Andi  confirmed he will be fronting Lorraine from August 10.

He said: “From the week beginning the 10th of August, I’ll be there.”

The star added that he will be presenting Lorraine every morning for two weeks.

Commenting on the news, GMB host Ranvir Singh admitted she wished she could join Andi.

She joked: “Do you know what? I’m gutted I’m not presenting GMB when you’re on Lorraine because there is so much we could say, isn’t there when you take the hot seat?

“Don’t worry I’ll just text you all of the humiliating insults I would have normally said on air.”

Moments later, Andi suffered an awkward mishap that left Ranvir and Adil Ray in stitches back in the studio.

As he presented his GMB competition segment on a boat in Henley-on-Thames, he took quite a bit of a tumble.

Seconds beforehand, he told the hosts: “We’re going to go for a little boat trip.

“Adil and Ranvir, this is the kind of morning you would love, just cruising along the Thames. Let’s go!”

But as he tried to walk along the boat, he fell before bursting out into laughter.

Ranvir, who was back in the studio,  joked: “You haven’t quite found your sea legs!

Those tuning in at at home were quick to take to Twitter afterwards.

One wrote: “You just know that @benshephard is at home peeing himself laughing at @andipeters mishap then face with tears of joy.

“I was already laughing & then he tripped face with tears of joy #GMB @GMB.”

Shortly after, another added: “You need to look at @andipeters fall inside a boat on @GMB this morning at 6.55.”