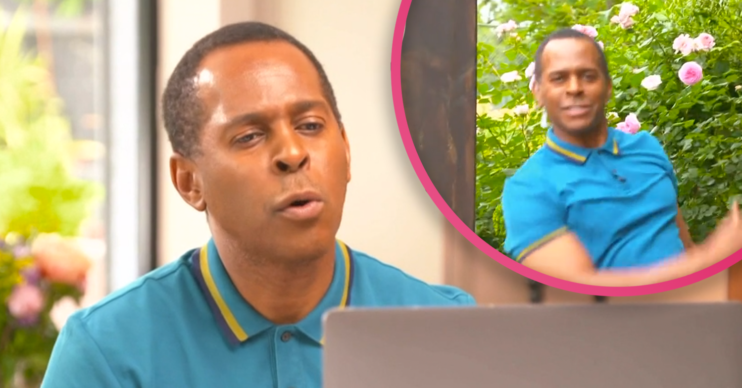 The GMB host isn't having the best day

While hosting the competition segment live from his back garden, the presenter tripped over.

The embarrassing blunder came as he launched the show’s £300k giveaway.

Ever the professional, he was able to keep a straight face and carried on with the big announcement.

However, shortly afterwards, he did get a little miffed after telling a GMB viewer they had won a cash prize – only for said viewer to admit they didn’t know who he was.

The confused GMB fan then confessed: “I’m not very good with names.”

Andi then jokingly ended the conversation by closing his laptop.

The Good Morning Britain star has had a fair few on-air gaffes during lockdown.

Just a few weeks ago, he accidentally broke an expensive prop he had bought to decorate his garage with.

While speaking to Ben Shephard and Ranvir Singh, a dot matrix screen crashed onto the floor and broke.

Frustrated, he then hilariously started to punch the screen.

Andi then explained he’d used sticky tape to hold up the gadget but it had still fallen anyway.

“I’ve got so many of these sticky things that hold literally all of this together,” he snapped.

During that same episode, poor Andi was left embarrassed once again after telling viewers he’d be calling a competition winner using his special Batman-inspired red telephone.

However, Ranvir pointed out that not only was it not plugged in, but it didn’t even have a cord.