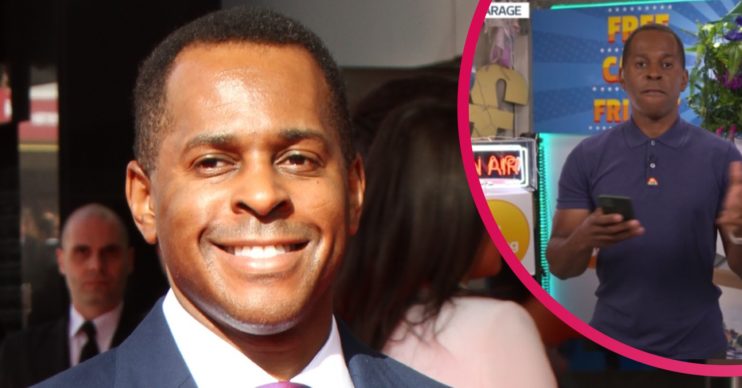 Fans called the presenter the 'Peter Pan of morning TV'

Andi Peters revealed his age on Good Morning Britain today and stunned viewers by announcing he is set to turn 50 next week.

The presenter, who first appeared on screens in the 80s, confirmed the upcoming milestone birthday on the ITV show today (July 23).

Speaking to presenters Adil Ray and Ranvir Singh, Andi explained he would be handing out 50 cash giveaways to mark the occasion.

He said: “Next week it’s my 50th birthday, we are going to make 50 winners in one day with the free to enter competition. Make sure you’re watching!”

But fans could not believe the popular TV star was turning 50.

What did viewers say about Andi Peters’ age?

Taking to Twitter, one wrote: “How on earth is Andi Peters 50 next week ? He looks so good you would never believe it, he’s the Peter Pan of morning TV.”

Another said: “Just watching Good Morning Britain and Andi Peters just said he is 50 next Friday! He looks like he’s still in his blimming 20s!! #FountainOfYouth.”

How is Andi Peters 50! That’s some witchcraft right there! #gmb @andipeters pic.twitter.com/yEP4FFFk9f

A third added: “How is Andi Peters 50! That’s some witchcraft right there! #gmb @andipeters.”

It certainly isn’t the only thing Andi is set to celebrate in the upcoming weeks.

Earlier this month, the breakfast show star landed the gig of presenting Lorraine on ITV.

He currently hosts the competition slot, but is moving on to the main show for the summer.

Confirming the news on GMB, he said: “From the week beginning the 10th of August, I’ll be there.”

Andi will rotate with Christine Lampard, who regularly stands in for main host Lorraine Kelly.

He will take over for two weeks from August 10th to 21st.

Christine will then be on the ITV show from July 20 to August 7 and August 24 to September 1.

Lorraine appeared thrilled by the news and said: “Actually, I’ve been trying to get Andi to present my show for ages but he’s always been away filming in exotic locations.