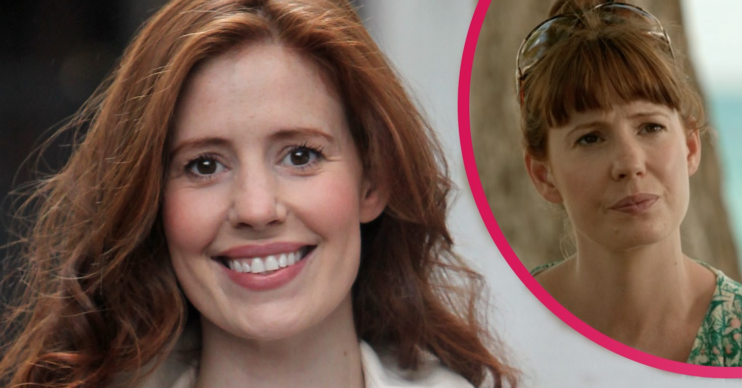 Amy Nuttall in Death In Paradise: Who did she play in Emmerdale and what else has she been in?

Amy was in Downton, too!

Amy Nuttall appears in Death In Paradise tonight, and it’s a welcome return to our screens for the 39-year-old actress.

But where have you seen her before and who did she play in Emmerdale?

What is Amy Nuttall doing in Death In Paradise?

Tonight’s repeat episode of Death In Paradise sees Amy play bridesmaid Sal on a hen do on the beautiful Caribbean island of Saint Marie.

Alongside fellow bridesmaids Betty (This Time With Alan Partridge’s Susannah Fielding) and Ivy (Rosie Cavaliero), they receive a shock when Jenny is found murdered in her hotel room after a heavy night partying.

As ever, DI Humphrey Goodman (Kris Marshall) is on the case.

But which one of the hen party murdered their friend?

Who did Amy play in Emmerdale?

Born in Blackburn, Amy became a household name when she appeared in ITV soap Emmerdale.

From 2000 to 2005 she played Chloe Atkinson, who immediately landed a job at restaurant Chez Marlon when she first came to the village.

Throughout her time in the soap, Chloe became involved in several torrid relationships.

First she dated Scott Windsor but then slept with their lodger, Syd Woolfe.

In a bid to keep hold of Carl, she told him that she was pregnant… but it was a lie.

When Chastity found out, all hell broke loose and the two had a memorable fight, which ended with Chas dunking Chloe’s head in a fountain.

What else has Amy been in?

Amy has enjoyed a varied career, and has appeared in all kinds of dramas after her Emmerdale days.

Moving On, Hotel Babylon and The Musketeers have all featured appearances from Amy.

Amy played maid Ethel Bryant, a young woman who hated the life of service and always dreamed of something else.

She had an affair with Major Charles Bryant and eventually had a son with him, although he sadly died on the battlefields of World War I.

Who is Amy married to and does she have children?

Andrew has appeared in hit series like Broadchurch, The Crown, Alex Rider and, most recently, Industry.

Read more: Christmas at Highclere Castle: Can I visit where they filmed Downton?