BBC One aired an emotionally charged episode of its documentary series Ambulance last night (May 30), highlighting the strain that the professionals who look after us come under on a daily basis.

But one scene in particular shocked viewers - and many were desperate to know if the man at the centre of the accident was okay after filming ended. 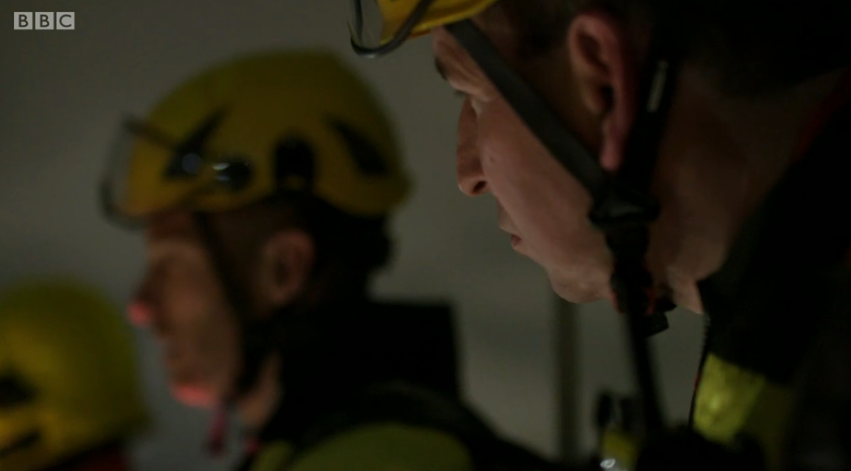 North West Ambulance Service teams responded to a call from police who said: "Can I have your assistance with a male that's been hit by a tram? He's currently underneath it."

The emergency crew on the scene included a specialist team of doctors and paramedics, hazardous area response personnel and an ambulance, along with three fire crews and six police cars.

It was initially believed the tram had hit the man in the head as he lay on the tracks between Manchester's Pomona and Cornbrook stations, but the emergency teams couldn't fully assess his condition until he was out from underneath it. 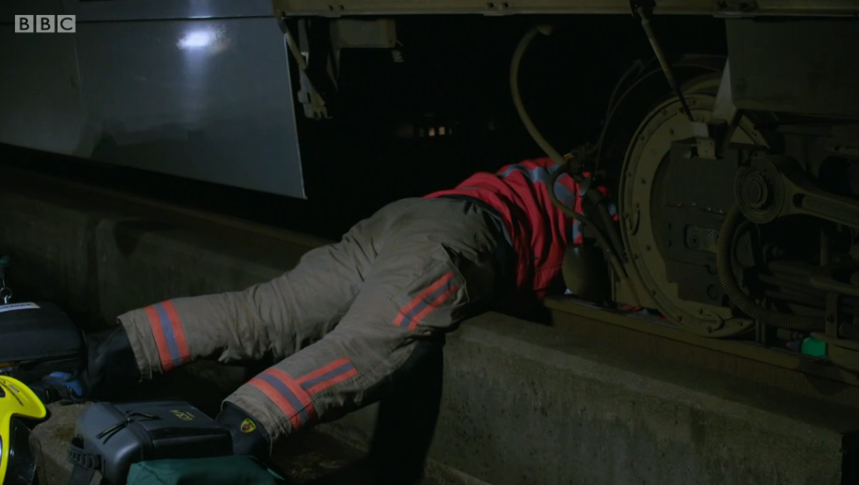 Multiple crews worked together to get him out (Credit: BBC)

Once freed, the patient was taken via tram to Cornbrook and from there to Salford Royal for treatment.

On Twitter, shocked viewers wanted to know what happened to the man after he was taken to hospital.

Omg hope the man underneath the tram is OK!

One wrote: "#Ambulance Does anyone know if the man found under the tram was okay?"

Another said: "What happened to the tram guy and the man who was sick?? #Ambulance."

A third tweeted: "#Ambulance What happened to tram guy?"

Someone else commented, alongside an upset-face emoji: "#Ambulance Omg hope the man underneath the tram is OK!"

#Ambulance Does anyone know if the man found under the tram was okay? Also what was the matter with the woman who died a few days after being in hospital?

Ahh poor shirley fly high.
What happened to the tram guy and the man who was sick?? #ambulance

#Ambulance what happened to tram guy

#Ambulance Omg hope the man underneath the tram is ok! 😢 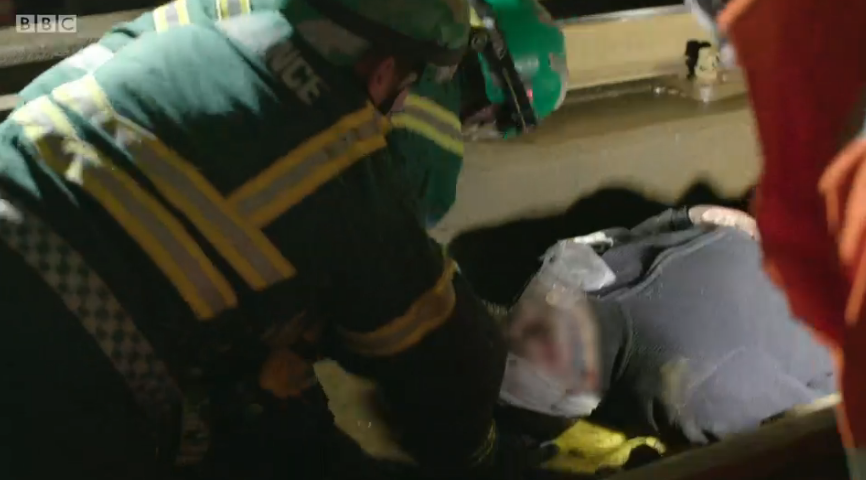 Viewers were dying to know if the man was okay (Credit: BBC)

One Twitter user who claimed to have been on the tram when the accident occurred said it was an "awful" experience.

Another could see how the man had been run over, telling others that trams, although relatively slow, can be "deceptive" as they move through town.

"#Ambulance A person trapped under a tram, oh my god," tweeted another.

I was on that tram that night, it was awful 😔 #Ambulance #BBCOne

#ambulance A person trapped under a tram oh my god

- Ambulance continues on BBC One next Thursday (June 6) at 9pm

Did you watch Ambulance last night? Leave us a comment on our Facebook page @EntertainmentDailyFix and let us know.