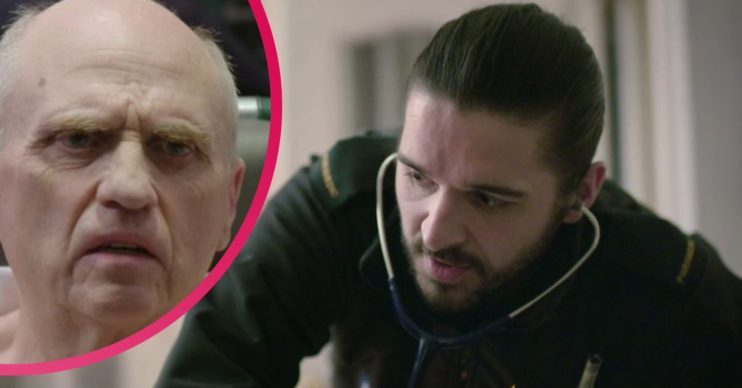 Last in the series

Viewers were emotional last night when BBC’s Ambulance revealed three patients featured in the programme passed away after filming.

During last night’s (Thursday, July 16) episode of the documentary series, paramedics were called to reports of an elderly man having a cardiac arrest at a bus station.

What happened in the last episode of BBC One series Ambulance?

Eric had collapsed and as paramedics treated him in the ambulance, he told them he had no memory of what had happened.

One of the paramedics said: “I think he has, from what the bystanders have said, I think this is post arrest and I think it’s possibly a very transient VF.”

Ventricular fibrillation, or VF, is an abnormal heart rhythm that causes cardiac arrest.

Elsewhere in the programme, an ambulance was dispatched when someone called fearing they were having a heart attack.

Paramedics arrived at the caller Margaret’s home and found her struggling to breathe. She had COPD, or chronic obstructive pulmonary disease.

Though thankful she was conscious and breathing, it was still clear her condition was serious. They administered oxygen before getting her in an ambulance and rushing to hospital.

The final episode in the series featured another woman called Margaret, who woke up in the middle of the night experiencing severe abdominal pains.

When she was in the ambulance, though still experiencing pain, she had a laugh with the crew and talked about the unique dragonfly tattoo she had on her arm.

Unfortunately, at the end of the programme it was revealed that Margaret passed away.

Tributes at the end

It also explained that the first Margaret, who had COPD, also died not long after filming.

So sad tonight, all those old people who have passed away.

“After a week in hospital,” the message said. “Margaret returned home and seven weeks later passed away peacefully.”

Sadly, Eric – who had collapsed at the bus station – also died, as it explained: “13 weeks later, Eric suffered a cardiac arrest and passed away.”

The ending likewise featured a message from the family of Stephen, who died from a fall during the episode.

Viewers were emotional as the ending played out.

One said on Twitter: “Gets me every time at the end of #Ambulance.”

Another tweeted: “The end of #Ambulance absolutely gets me. What a show and all those amazing people in green #TeamNHS.”

A third said: “The end of #Ambulance was so sad tonight, all those old people who have passed away, but the staff are lovely and all deserve a ‘shoutout’!”

Someone else said, alongside broken heart emojis: “The tributes at the end of #ambulance, beautiful but heartbreaking. Amazing again.”

Gets me every time at the end of #Ambulance.

The end of #Ambulance was so sad tonight, all those old people who have past away, but the staff are lovely & all deserve a 'shoutout'!

Oh that was a sobering end to tonight’s episode. Lots of love to those families who gave their permission to share their loved ones stories #Ambulance

– Ambulance is available to watch now on BBC iPlayer

What did you think of the last episode? Leave us a comment on our Facebook page @EntertainmentDailyFix and let us know.