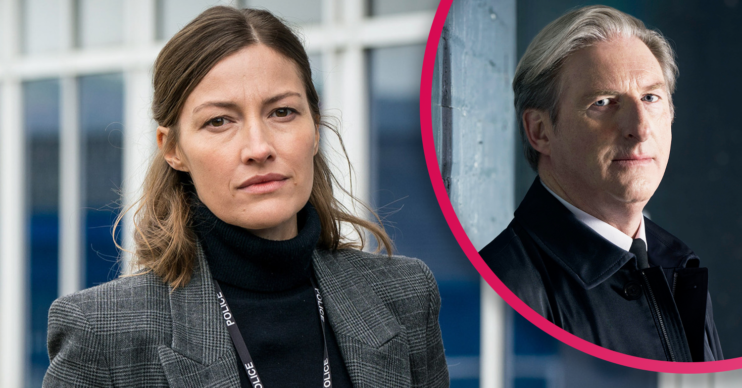 But Alexa is now worried about being 'bumped off'

Line of Duty fans are so desperate to know who Jo Davidson is related to they’re turning to a very unlikely source for help.

After that cliffhanger at the end of last Sunday’s episode (April 12), fans of the BBC bent cop drama were left on the edge of their seats.

So who is Jo Davidson related to?

Well, Amazon’s Alexa device is telling fans of the show that she knows!

What does Alexa say about Jo Davidson and Line of Duty?

So if you ask your Alexa device “who is H?”, she duly replies!

Flashing up a picture of gaffer Ted Hastings, ours said: “Mother of God. I can’t tell you that.

“Those bent coppers will have me bumped off.

“But maybe I can tell you who Jo Davidson is related to,” she teases.

I can’t tell you who it is, but for the purposes of the tape, I can tell you that the cause of death was being a rat.

So we asked: “Alexa, who is Jo Davidson related to?”

She replied: “I can’t tell you who it is, but for the purposes of the tape, I can tell you that the cause of death was being a rat.”

The reply is accompanied by a picture of a rat.

So what have Line of Duty fans said about the trick?

“This has made by day! Well played, Alexa, well played!!” said one fan of the show.

Read more: Anna Maxwell Martin to return to Line of Duty this weekend

Another added: “Omg, Line of Duty fans… So if you have an Alexa… go ask her ‘who is H?’ Best laugh I’ve had all day.”

A third referenced the fact there are bent coppers everywhere.

They posted: “Even Alexa is watching her back.”

In more Line of Duty news, a huge spoiler was “leaked” then quickly deleted earlier today.

The BBC Maestro website shared a video clip of Steve Arnott looking at a list of suspects.

And one of those suspects is said to be a pretty famous actor who’s had no previous involvement in the series.

Responding to the reports of a leak, creator Jed Mercurio said: “The outstanding detective work of eagle-eyed Line of Duty fans has been awarded a glowing commendation from the gaffer himself, Supt Ted Hastings.

Tell us who you think Jo Davidson is related to in Line of Duty on our Facebook page @EntertainmentDailyFix.